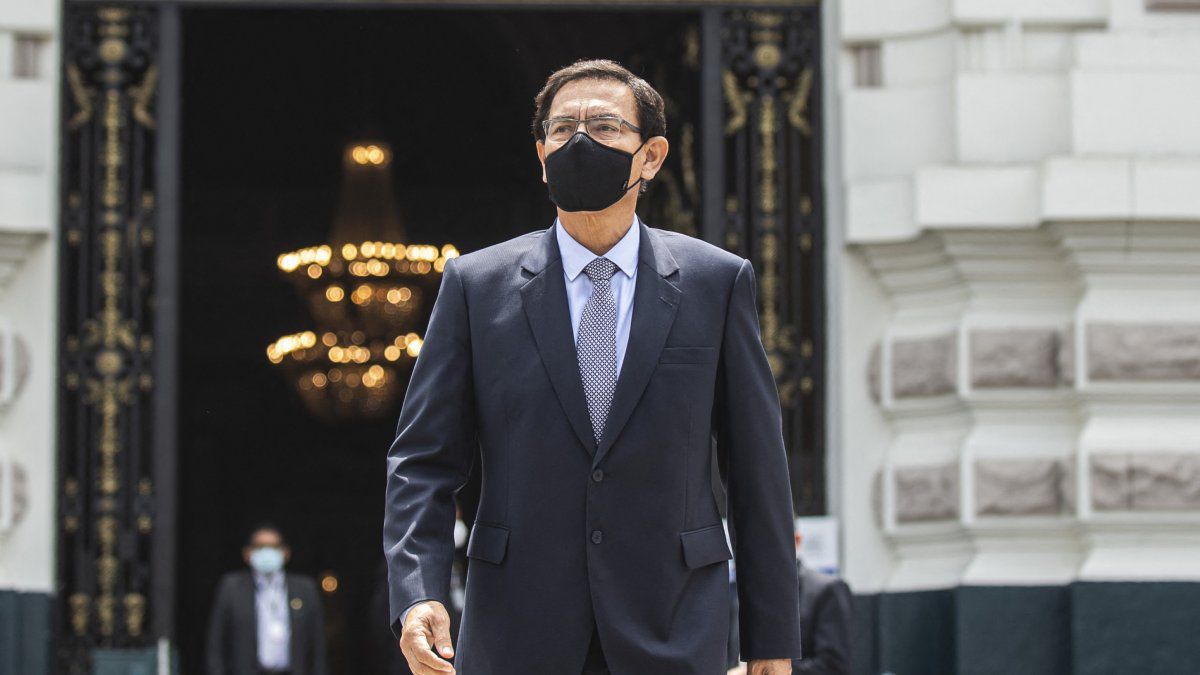 Ex-President of Peru contracts covid-19 despite being vaccinated

"Despite the necessary care to avoid bringing the virus home, my wife and I have tested positive for COVID and we are symptomatic," said Martín Vizcarra through his Twitter account.
Former Peruvian President Martín Vizcarra and his wife were infected with COVID- 19 six months after being vaccinated with the vaccine from the Chinese laboratory Sinopharm, coinciding with a second wave of the pandemic driven by a variant of the coronavirus originating in Brazil, reported this Sunday the ex-ruler.

"Despite the necessary care to avoid bringing the virus home, my wife and I have tested positive for COVID and we are symptomatic," said Martín Vizcarra (2018-2020) through his Twitter account.

"My family is taking the necessary isolation measures. Let's not lower our guard," he added.

Vizcarra, 58, was criticized for not wearing a mask or respecting social distancing during his election campaign ahead of the April 11 parliamentary election.

The contagion occurred a week after Congress disqualified him from occupying the seat he won, for being vaccinated irregularly in October, a month before being dismissed for an alleged case of corruption.

Vizcarra admitted that he received two doses of the Sinopharm vaccine before it was approved in December by local health authorities, but denies doing so irregularly.

The scandal, called "Vacunagate", exploded in February and involved 487 people, mostly officials, including two ministers from the current interim government of Francisco Sagasti.

The Vizcarra contagion could reignite questions in Peru about the efficacy of the Sinopharm vaccines bought by Lima.

The country faces the peak of a second pandemic wave, driven by an apparently more virulent variant of the virus originating in Brazil.

The latest daily death toll (428) raised the accumulated to 59,440 deaths in 13 months of the pandemic, while the total number of cases amounts to more than 1.7 million in Peru, which has 33 million inhabitants.
#COVID-19  #vaccine  #Covid  #Coronavirus  #Vaccines