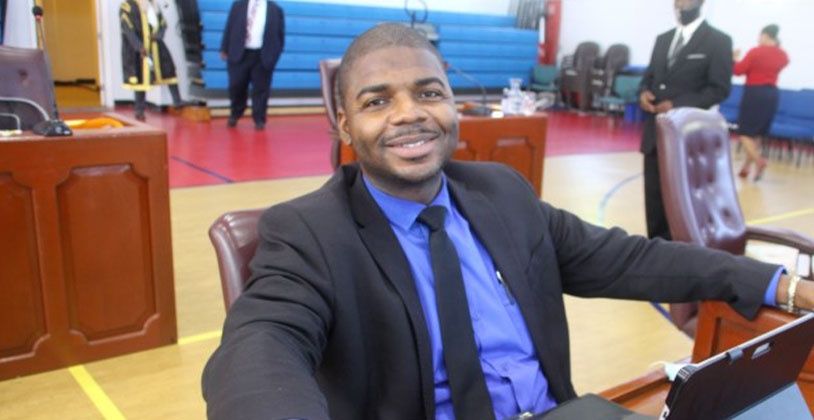 Extra Funds Made Available To Fix Mold Issue At Schools

The Ministry of Education is being provided with additional funds to address the mold issues plaguing several schools throughout the Territory.
Education Minister Hon. Natalio ‘Sowande’ Wheatley said that he is grateful for the extra funds.

“I am very appreciative that even in this adjusted budget the ministry of finance has seen it fit to provide me with some resources to be able to continue what we have already began which is this massive maintenance exercise to identify mold wherever it is, and eliminate it,” he said during the recent debate of the $28.9M Supplementary Appropriation Provision (SAP).

The minister said they have been able to make some progress with the issues.

“So, we can have safe spaces for our teachers and children and certainly we have been able to make some progress but there are lots more progress to be made because there are many schools that need assistance,” he said.

Minister Wheatley added, “we are grateful for those schools where we have been able to make some progress…there are lots more work that can be done but I appreciate the ministry of finance with assisting me with money for the rehabilitation of the schools.”

He said there are persons who are bent on painting a picture that the issues are new.

Hon. Wheatley, who holds five more portfolios, said it is being peddled that he is throwing blame at former education ministers.

“It has been said in the media that when it comes to maintenance challenges, that I have been blaming others and avoiding blame. But if persons check the tape…many persons misconstrued what you say and try to twist it,” he said.

The minister added, “but if you listen to me speak over the past few weeks, I keep repeating the same phrase—I say many persons in politics want to blame and avoid blame but as a leader, as someone who seeks to improve the education system and other systems as well, it is important to take responsibility and to solve challenges.”

He said the government has been working assiduously to address the issues.