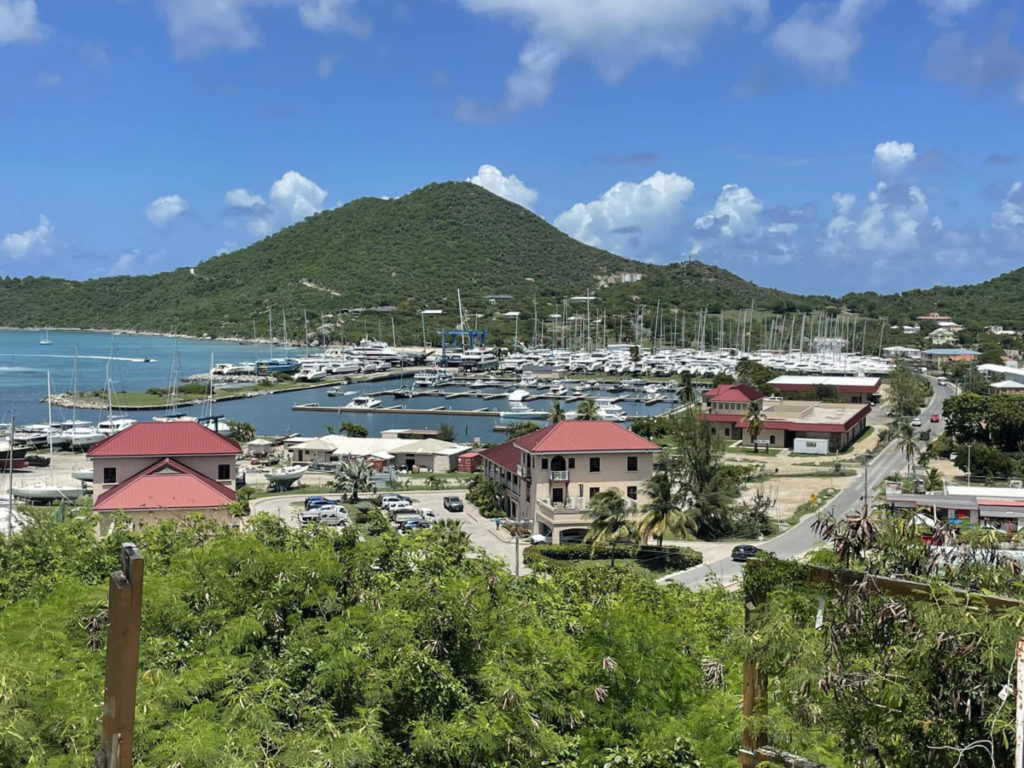 Former Minister for Natural Resources and Labour, Vincent Wheatley, has called out the Virgin Gorda Yacht Harbour (VGYH) for its present condition and said the situation needs to be rectified at once.

Wheatley noted in a recent Facebook post that persons have brought the issue of not having a mega yacht facility in North Sound to his attention and called on Governor John Rankin to use his office to address that situation.

But the former minister said in the same vein that persons have also expressed concern about the VGYH.

“Many have also brought up the issue of the eyesore that the Virgin Gorda Yacht Harbour is in the Valley. Though it’s a private property and not a Crown lease, we find it equally unacceptable to have it in this state five years after the hurricanes. Solution needed now!” Wheatley said in another Facebook post.

Some residents responding to Wheatley’s post agreed that the site was in a deplorable state, with one suggesting that it has likely been turning away cruise ships that would usually berth near the harbour during the busy tourist season.

“The VGYH is currently not visually appealing in its existing state and some of these [cruise] lines want to ensure no reputational damage to their brand. Less calls equals less revenue for taxis, tours, shops, restaurants,” former Tourist Board Director Sharon Flax-Brutus stated.

One resident, in particular, was harshly critical of the level of interest demonstrated by the BVI Investment Club (BVIIC) which reportedly has control of the Virgin Gorda Yacht Harbour.

“Virgin Gordians have seen firsthand the poor business strategy, poor planning, poor vision and lack of interest in our community,” Tina Mark said. “At least they could have not waited so long to clean up the rubble left from the hurricanes and make it look less of an eye sore if finances were not there for complete fixes. The new building where the bank is located is a clear indication on the BVIIC lack of passion for our community and poor business acumen.”

Meanwhile, it was just a few months ago, that BVIIC President, Meade Malone assured residents that the VGYH would be restored to some state of beautification after the extensive damage it suffered five years ago at the hands of hurricanes Irma and Maria.

Speaking at the BVIIC’s 30th-anniversary press conference in April, Malone said the club has an overall and complete development plan for the VGYH which includes the accommodation of mega and super yachts.

“I am happy to report that we are very much in hand in moving the Virgin Gorda Yacht Harbour forward towards that vision. You will begin to see in the soon coming weeks work around beautification of the area and enhancement of that,” Malone said at the time.