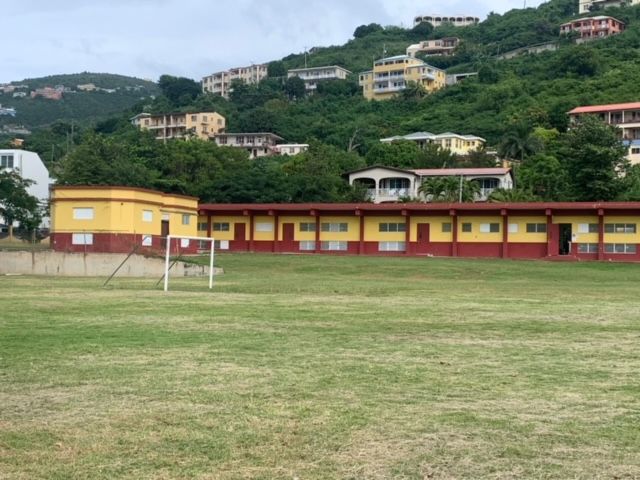 An eerie silence engulfed what would be a usually buzzing day with students playing on the field behind the Althea Scatliffe Primary School (ASPS).

Over the weekend, the ceiling in one of the classrooms on the school’s main block caved in so face-to-face classes for students in the main building have been suspended.

Classes are being held online for the rest of the week.

When BVI News visited the school earlier today, a woman seen at the front of the school indicated she was not a worker there but notified us that classes were not in session but the teachers were present upstairs in their respective classrooms.

A workman bearing the emblem of the Ministry of Education was seen entering the building. He told our news team he was there with a team of other workers and they started repairs yesterday.

He said they were assessing the damage done to the room and the classroom. He further said they would be there for the entire day and up to the end of the week trying to fix the damage.

BVI News got in contact with the principal of the school Kesia King. However, she informed our news centre she would not answer any questions. She said the Ministry of Education should have all the answers and relevant information regarding the situation so we should reach out to them.

BVI News tried contacting the Minister of Education Dr Natalio Wheatley for an update on his visit to the school yesterday but all efforts to reach him were unsuccessful.

Both the Chief Education Officer (CEO), Connie George, and the ministry’s Permanent Secretary, Dr Marcia Potter, are off-island so efforts were made to contact the Deputy CEO Orlandette Crabbe but those efforts were futile. 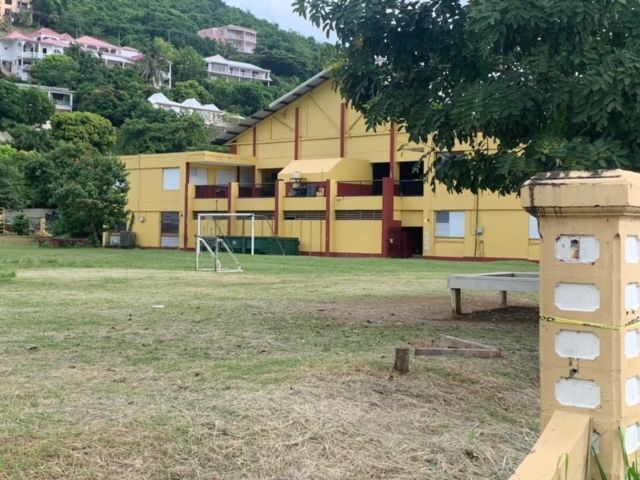 Minister Wheatley, in an interview with BVI News yesterday, said ASPS is one of the oldest buildings in the territory and poor maintenance over the years have led to its degradation.

He also said the collapse of the ceiling was a real low point for him because he kept thinking what if students were inside the classroom when the incident occurred.

Wheatley also used the opportunity to encourage his fellow members of the House of Assembly to approve the $2 million budget to overhaul the education sector and improve its infrastructure.