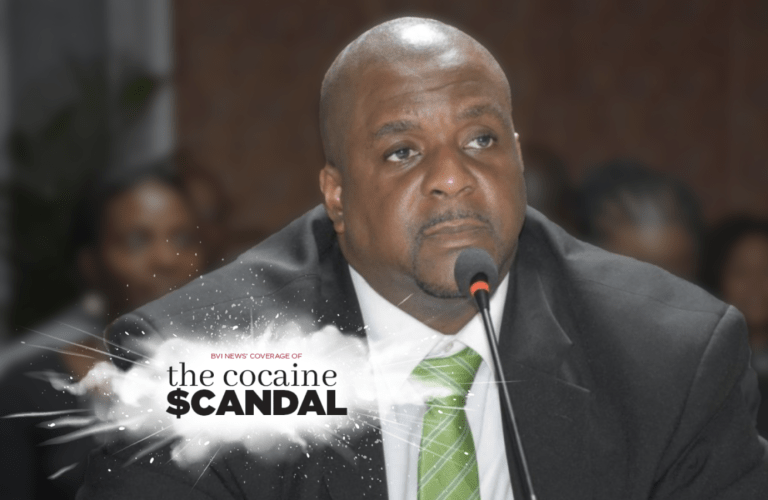 Fahie and Kadeem Maynard plead not guilty to racketeering charge

Former Premier Andrew Fahie has pleaded not guilty to new charges of racketeering when he appeared before a Miami court yesterday, November 16.
Fahie, who appeared briefly before Magistrate Judge Melissa Damian, was charged with Interstate and Foreign Travel in Aid of Racketeering. His co-accused Kadeem Stephan Maynard also appeared separately and pleaded not guilty.

According to the new charge, the duo knowingly travelled in interstate and foreign commerce with the intent to promote, manage, establish, carry on, and facilitate the promotion, management, establishment and carrying on of an unlawful activity that is a business enterprise involving narcotics or controlled substances, in violation of Title 21 of the United States Code, Section 963.

The racketeering charge was added in a superseding indictment filed on November 9 by US Attorney Juan Antonio Gonzalez and Assistant US Attorney Shane Butland.

A superseding indictment is a formal accusation brought by a grand jury that replaces a previously filed indictment and changes, adds, or deletes charges and/or defendants.

According to the court document filed, a new standing discovery order has been implemented. “It shall be the continuing duty of counsel for both sides to immediately reveal to opposing counsel all newly discovered information or other material within the scope of Local Rule 88.10,” the document stated.

In the meantime, former BVI Ports Authority Director Oleanvine Maynard, is expected to appear before the court today after she, too, was slapped with the new racketeering charge.

The trial for the three accused is expected to take place in mid-January.
#Fahie