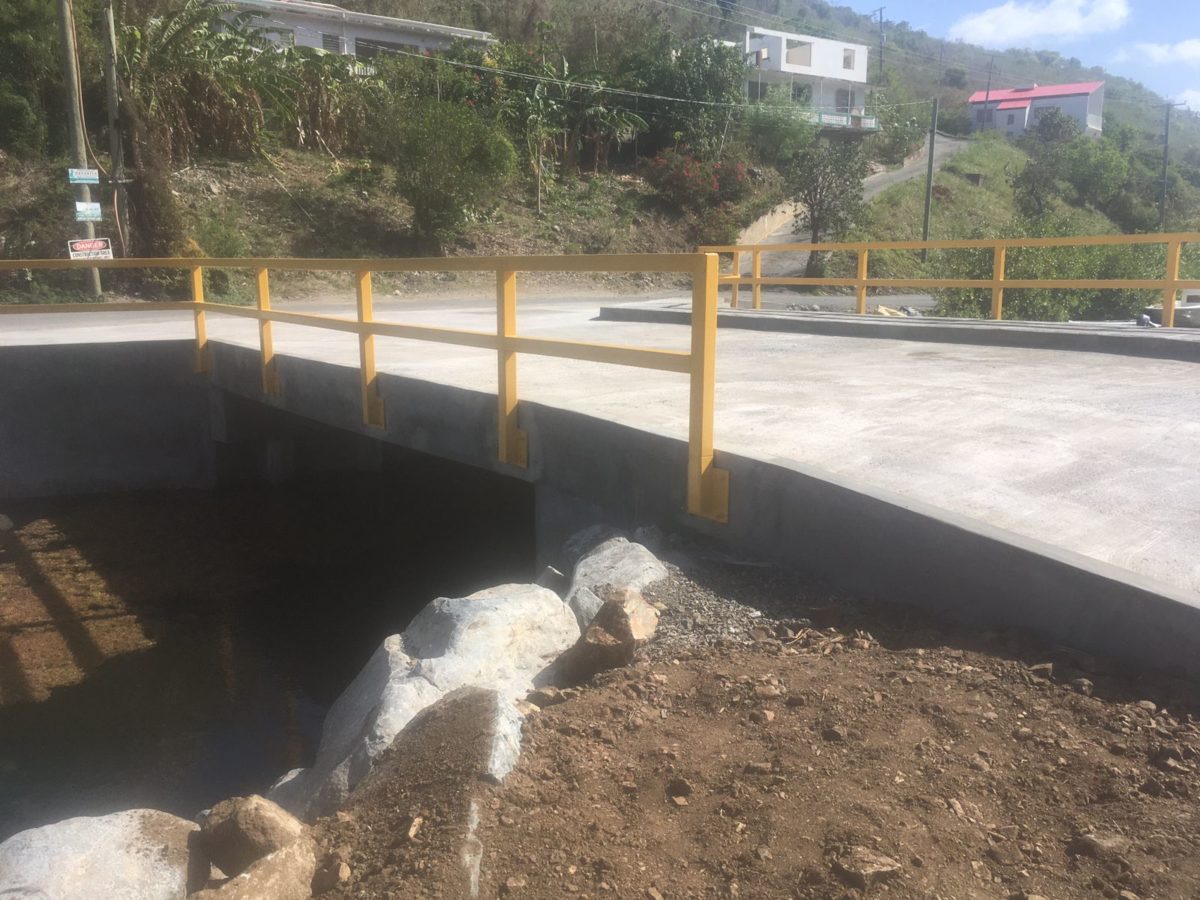 “He [Fahie] made sure he went through the rules, the right channels, and the proper procedures to ensure this bridge was done and done correctly. As I said, the funds were allocated for a bridge in Huntum’s Ghut to be repaired and we moved that fund so we can do this bridge as safety is of the utmost importance. I just want the residents of this area to know they are getting a first-class and well-constructed bridge. I know I have gotten requests for what will be done with the temporary bridge, but we will have that discussion a little more,” Rymer said.

“The residents have taken a lot. The bridge was deplorable, but Honourable Fahie made sure that he pressed and pressed. Because of the businesses here, without the businesses here I don’t think Frenchman Cay is complete. So, I would like to say thanks to businesspersons who have endured but this will have an addition in terms of safety and structure for the particular area,” Malone said.

One resident, who gave his name as Alfredo Delril expressed his excitement for the bridge as it was set to improve the lives of the people in the area.

“We are very glad about this bridge. All the time, every day, every moment. We are sorry that Mr Andrew Fahie is not here, but everything is going alright for the time being. Thank you, thank you,” the Frenchman’s Cay resident said.

Meanwhile, Premier Dr Natalio Wheatley said the residents of Frenchman’s Cay had a need and the government was able to deliver the bridge to the people.

“Certainly, when the Government of National Unity came in, we could say we are not going to continue with it, we are not going to push it to completion and that would not be in the best interest of Frenchman’s Cay and the residents of District One and certainly we push forward and continue, in the same way, we will push forward and continue with the West End Ferry Terminal,” the Premier stated.

Minister for Tourism Sharie DeCastro said the bridge was a long time coming and she was happy to witness the project completion.

In the meantime, Quality Constructions, the contractor for the project, said the company was all about connecting people and building relationships. He added that the bridge is the ultimate representation of relationship-building as it joined Tortola and Frenchman Cay.
#Fahie