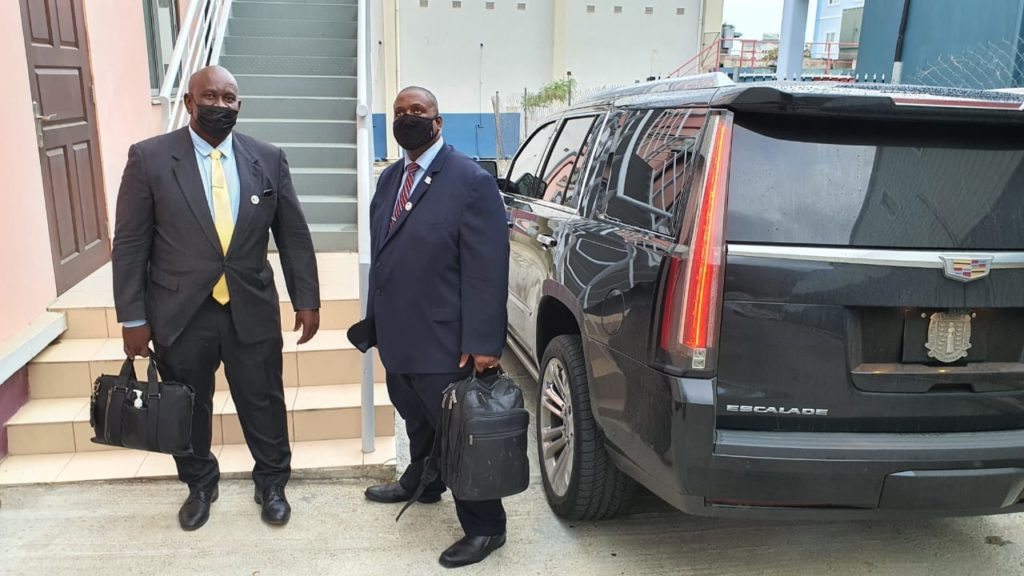 Fahie ‘sent word’ to Malone that he was OK

Territorial At-Large Representative Carvin Malone said he has received correspondence from former Premier, Andrew Fahie now that he (Fahie) is out on bail.
When a member of the local media asked Malone yesterday whether he contacted his colleague and longtime friend since he was released on a one-million-dollar bail bond, Malone said Fahie reached out through a third party.

“I got word that he sent to make sure that I was informed that he inquired about me, and he wanted to let me know that he was okay. I have not had the opportunity to speak with him directly, but he sent word,” Malone said.

Malone was then pressed on whether his decision to resign from the government had anything to do with Fahie and the At-Large Representative replied, “my loyalty is to the people of the Virgin Islands”.

“My loyalty has always been that. [The Virgin Islands Party] was founded back in 1971. We made sure that at the end of the day, people were the centre of the party. When we amended the constitution in 2000 and 2006, people first were always the centre of this,” Malone said.

He reiterated that Fahie’s current situation – being accused of drug trafficking and money laundering in the United States – has no bearing on any decision he (Malone) has made or will make.

“It cannot because at the end of the day; his situation he has to deal with that because this particular move [to resign from government] is to make sure that the people of the Virgin Islands are represented,” Malone said.
#the Virgin Islands  #Fahie