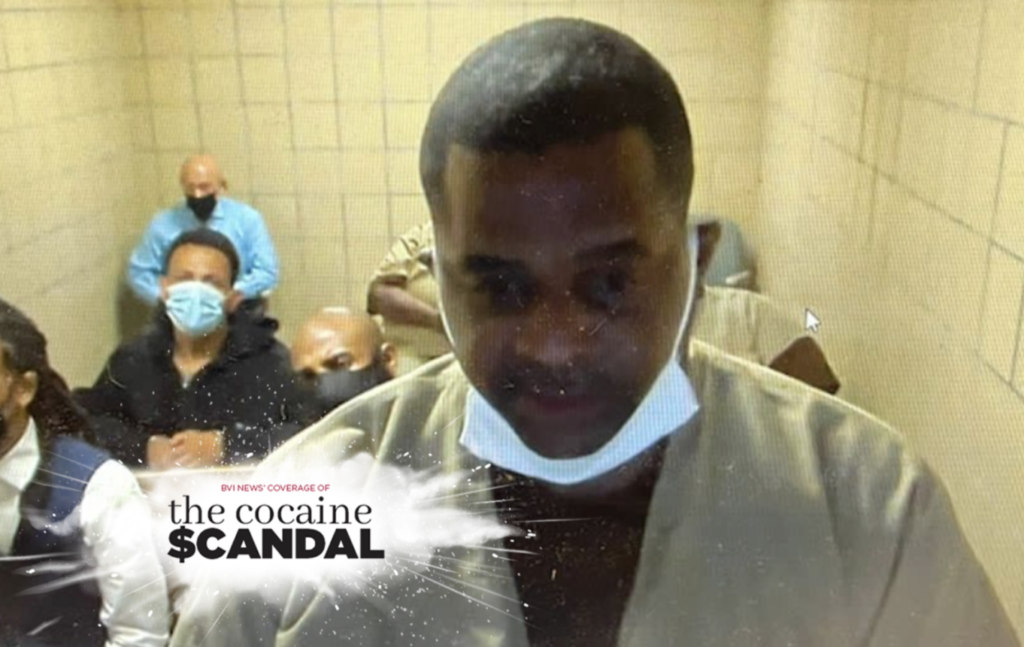 Following closely on the heels of receiving a costlier bail offer and new conditions being attached to his pre-trial release, a July trial date has been set for former Premier of the territory, Andrew Fahie.

According to a recent court filing, the former Premier will face a jury trial on July 18 before Judge Kathleen Williams. Fahie’s co-accused, Oleanvine Maynard (the former BVI Ports Director), is also expected to face trial on the same date as well.

Court records also indicate that a zoom calendar call has been set between the parties. That call is scheduled to take place before a judge one week ahead of his trial date.

A standing order for criminal discovery has also been filed in the matter. The attorneys involved in the case are, therefore, expected to immediately reveal any newly discovered information or other material within the scope of local laws.

Fahie was arrested on April 28 after a months-long sting operation by the US Drug Enforcement Administration (DEA). He recently pleaded not guilty to charges of conspiring to launder money and import cocaine into the United States. If convicted, he along with Maynard and her son Kadeem, face up to life imprisonment.

Fahie’s bond was recently revised and was increased from $500,000 to $1,000,000 after prosecutors failed to get his previous bond revoked; claiming that he was a ‘severe flight risk’.

The new bond conditions come with a Nebbia hold attached. This allows the court to consider the source of funds used to post bail or purchase a bond, and look into whether or not the funds are linked to any criminal or illicit activity.

Half of the bond ($500,000) includes a previous partially secured bond (PSB) which must be cosigned by Fahie, his daughters and a friend; court records show.

The other half of the bond, a corporate security bond (CSB), requires that Fahie is to have 24/7 GPS monitoring and is disallowed from making visits to his attorney. His attorney is instead required to visit him at home. Fahie is also required to sign a waiver of extradition worldwide as part of those conditions.

The bond conditions will only be implemented once everything has been approved at a hearing before the court.

The state is being represented by Frederic Shadley while the former Premier will be represented by Theresa Van Vliet, who officially filed documents stating she was Fahie’s permanent attorney in the matter late last week.

Up to the end of last week, Oleanvine’s son Kadeem had been awaiting extradition from Puerto Rico to Miami after first being arrested in neighbouring St Thomas several weeks ago.