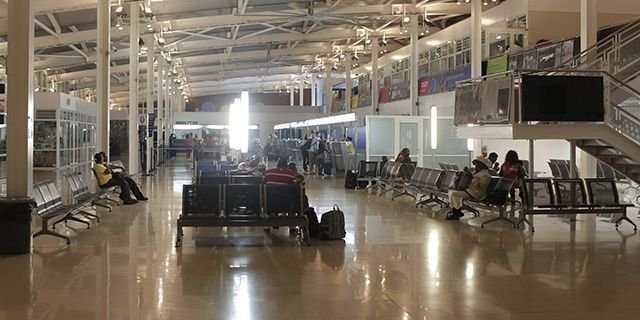 The person who travelled from the BVI to St. Vincent and the Grenadines has confirmed to be negative for the virus that causes COVID-19.
Initially, health officials in St. Vincent notified their counterparts here in the BVI that the passenger tested positive upon arrival on the island via St. Lucia.

"I am happy to report that the BVI has now received from St. Vincent, the official results of the second set of tests from CARPHA in Trinidad of the case previously affiliated with Jost Van Dyke. The results are now reported as negative," Minister of Health, Hon Carvin Malone disclosed last evening, August 2.

He added, "We are extremely pleased with this result and because of the extended period of time in receiving the official notification, we remain confident that the pre-emptive steps taken were required to prevent community spread, had the final results proven different."

Following the initial report from St. Vincent, the Government established that the individual had been on Just Van Dyke for an extended period.

The island was ordered to be locked down for 24 hours, allowing for community quarantine and testing intervention as a precautionary measure against COVID-19.

Residents complained bitterly against the lockdown.

"We empathise with the businesses and residents of Jost Van Dyke for the economic and social disturbances caused as a result of the lock-down. We thank everyone for coming out to be tested to ensure that all of us remain healthy and safe. COVID-19 is affecting so many around the world and we want to do our best to ensure that everyone at home remains safe," Hon. Malone said last evening.

The Government had opted to roll back the lockdown, days earlier than initially planned.

The lockdown was initially slated to end on Tuesday, July 28, but on July 25, the Minister announced the lifting of the restrictions.

"Today, I am very happy to report that the BVI Health Services Authority has concluded its testing of all close contacts, the vast majority of persons residing on the island, as well as several recent visitors to Jost Van Dyke, and all test results were negative for COVID-19," Hon. Malone stated in July 25.

According to the Minister, tests were carried out on 335 persons on Jost Van Dyke, 20 on Tortola and three on Virgin Gorda.

Understandably, the Minister stated, that the results may give rise to concerns about the necessity of the approach that was taken to safeguard the health of persons who could possibly have been exposed to the virus.

"On the other hand, if positive cases had been detected, the concern may have been that we should have acted sooner, or more aggressively," Hon. Malone pointed out.