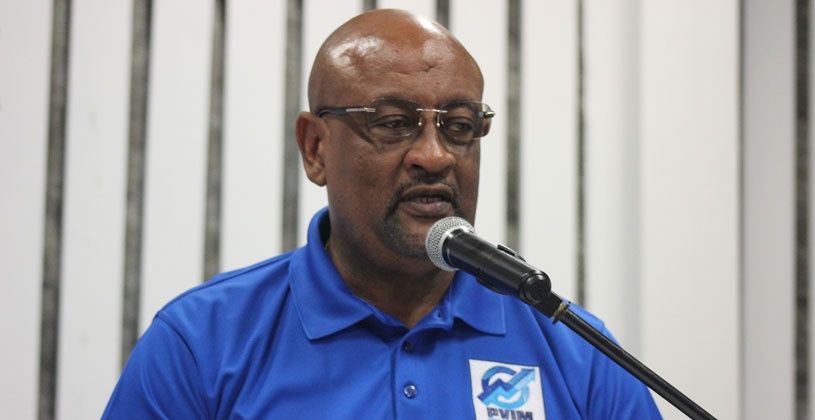 Former Minister for Health and Social Development Mr. Ronnie Skelton said families of members of the House of Assembly (HoA) could be targeted if the financial standings of each member are made public.
He was asked about his position on the Register of Interests going public during his appearance before the ongoing Commission of Inquiry (CoI) on Monday, June 21, by Counsel to the Commission Mr. Bilal Rawat.

“Yes, I had a view, but it never got to the point of what the register will be; what will be the content of it. There is some concern that I have making members information public; it all depends on the content. What we provide now, I don’t have a problem with making it public,” he stated.

Rawat then asked: “On the form that you had to fill in at that time that did not cause you problems?” to which Skelton answered that it did not.

Rawat added, “But your concern is that circumstances could arise if more information were required there would be risks associated with that.”

Mr. Rawat then probed him further, asking the former legislator, “And what sort of risks do you anticipate?”

Mr. Skelton replied: “If you require a lot of financial information, it opens families to all sorts of, for want of a better word, kidnappings. People holding your family ransom for all sorts of reasons, so I would be worried about that.”

Rawat then continued, “So bearing in mind the form that you had to fill in, do you think there would be a benefit then in giving clear guidance as to what information is actually required and what shouldn’t be declared?”

He replied: “I would say yes.”

Meanwhile, the former Minister was questioned on whether he was aware that the Act placed him under an obligation to declare his interests as of the day he was sworn into office.

“Did you at any time become aware that that was the obligation of you?” Mr. Rawat asked him.

“Were you aware as well as doing it on the date you took your oath, you also had to do it on every subsequent anniversary?” the lawyer asked him.

“I understood that,” he stated.

Mr. Rawat also inquired whether he knew that under Section 7 of the Register of Interest Act, if one didn’t file any declaration within three months of the date that it was due that the Registrar had to write a report to the Standing Select Committee.

“Yes, I was aware. I think I was aware of it from the inception,” he replied, explaining that he was in the legislature in 2006 when the Bill was being discussed during the committee stage.

Skelton also joined his other colleagues in acknowledging that he had breached the Register of Interest Act by filing late.

He explained that sometimes he would complete the declaration form on the due date, but forgot to send it to the Registrar of Interests on time.
#CoI  #Commission of Inquiry