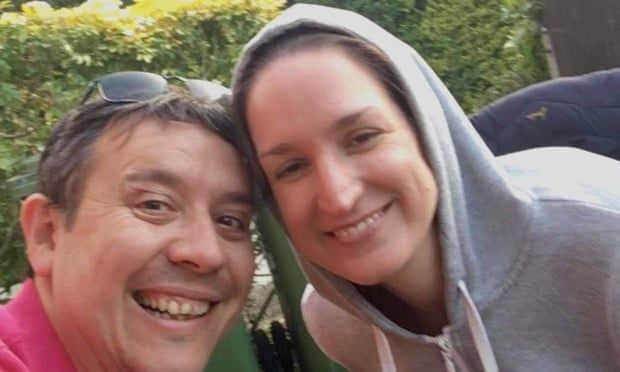 Sarm Heslop was reported missing by her American boyfriend nearly two weeks ago
The family and friends of a woman who disappeared from a yacht anchored off the US Virgin Islands on 8 March are demanding assurances from local police that they are doing all they can to find her.

The couple returned to the 47ft catamaran, Siren Song, after going to a restaurant in St John on 7 March. Bane told police he noticed she was missing at 2am the next day and feared she may have fallen off the boat.

Heslop’s friends and family have been pleading with police to search the boat. Andrew Baldwin, who has been a friend for 25 years, said: “The last place she was seen should be the first place they would search, but as far as we know the boat has not been searched.”

Baldwin said her disappearance was out of character, as “she is the kind of friend that keeps in regular contact”.

He said: “Sarm and I had spoken about Ryan but I had never met him. She was very happy. She had just gone out to there at the end of January to be with him. I have no reason to believe there were any issues there at all.

“We know Sarm and Ryan were seen in a restaurant that evening and there are reports that they got back on the boat at 10pm and then Sarm wasn’t seen at 2am. We understand that jurisdictions are different, but her friends and family are desperate for verified information about what happened.”

Baldwin, who works for a cruise company, said Heslop was an experienced sailor. “Sarm knows boats,” he said. “She sailed across the Atlantic. I don’t understand how someone could fall from that boat in that situation.”

Her family said: “We are shocked and distraught that Sarm is missing. We would like assurance that the authorities in the Virgin Islands are doing everything possible to find her, and that the investigation into our beautiful and cherished daughter’s disappearance includes a comprehensive fingertip search of the boat.”

Virgin Islands police have been approach for comment. On Monday they appealed for islanders’ help in trying to find Heslop, but they have yet to confirm whether the boat has been searched.

The family statement added: “Our daughter is a UK citizen and we ask for all of the support that the UK authorities have to offer. Our thanks go to the local people of St John, who continue to search for Sarm. We will never give up looking for Sarm and we still have hope of finding her safe”

Baldwin said Heslop’s parents were considering flying to the Virgin Islands, despite the pandemic restrictions, in the hope of getting more answers from police. “It is something that the family are actively considering … nothing is confirmed,” he said. “The family have had some conversations with the police. The police have given an assurance that an investigation is under way, but not a great deal of detail is coming out.”

Bane’s lawyers issued a statement saying: “Mr Bane’s only hope is that Sarm is found alive and well. His thoughts and prayers are with Sarm and her family during this difficult time. Mr Bane has spent countless hours searching for Sarm and will continue to do so. Ryan is devastated that Sarm is missing.”

It is understood that Bane has handed Heslop’s belongings, including her phone and her passport, to the police.

Baldwin said: “Her phone, her passport, her wallet were all left on that boat. She would not leave everything behind and just walk away – it is not in her character.”