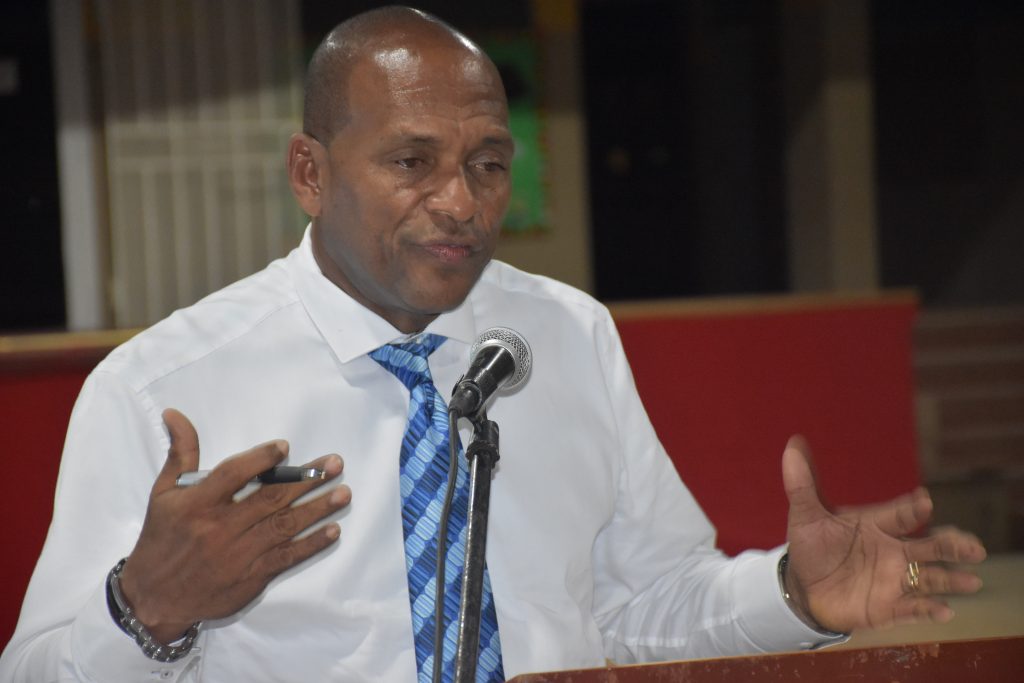 Fearless to fire! All boards should resign when new gov’t gets elected

Declaring his fearlessness for firing people, Opposition legislator Mark Vanterpool said he believes all members of politically appointed boards should hand in their resignations whenever a new government enters office.

Vanterpool made that statement in the House of Assembly while recalling a recent appearance he had before the Commission of Inquiry (COI).

The COI had asked him why the Public Accounts Committee (PAC) criticised him for not listening to the BVI Ports Authority (BVIPA) board’s recommendations during the time of the cruise pier project when he was Works Minister.

Vanterpool told the House he was being ‘honourable’ by deciding not to give a political response to the COI. He said his response would have been to explain that the BVIPA board was appointed by a previous Virgin Islands Party (VIP) administration who did not want him to achieve what his government had mandated him to do.

He described the persons that comprised those boards as stalwarts of the VIP – including his own Permanent Secretary who subsequently ran for office.

“I must go listen to the Ports Authority Board who I met there, who was appointed by the Virgin Islands Party government? And nothing is wrong with that. In fact, if something is wrong with it, yes, I totally agree with this [sitting] government — when you get in, all boards [should] hand in your resignations,” Vanterpool declared.

I got board members fired

The legislator said he felt this was only right since the established board would be carrying out the previous government’s policy.

“I am being told that I should have listened to the Public Accounts Committee who criticised my work on the port. That’s the best project [that] happened to this Virgin Islands and it’s going to be the best for the next hundred years,” Vanterpool said.

“You are telling me that I must honour that board’s [recommendations] and don’t carry out my government’s policy? But eventually I got them all dismissed,” Vanterpool continued.

“They were doing their job at the time, nothing was wrong with them, they are our people. But they [were] not going to carry out my policy,” the former Works Minister explained.

“So, when you got anybody in your way who’s blocking your policy that you’re given instructions from your government [to execute], get them out of the way,” he insisted.

Vanterpool said he was not afraid to say this since he had already done it.

“Just like Donald Trump, I have no problem firing,” he added.