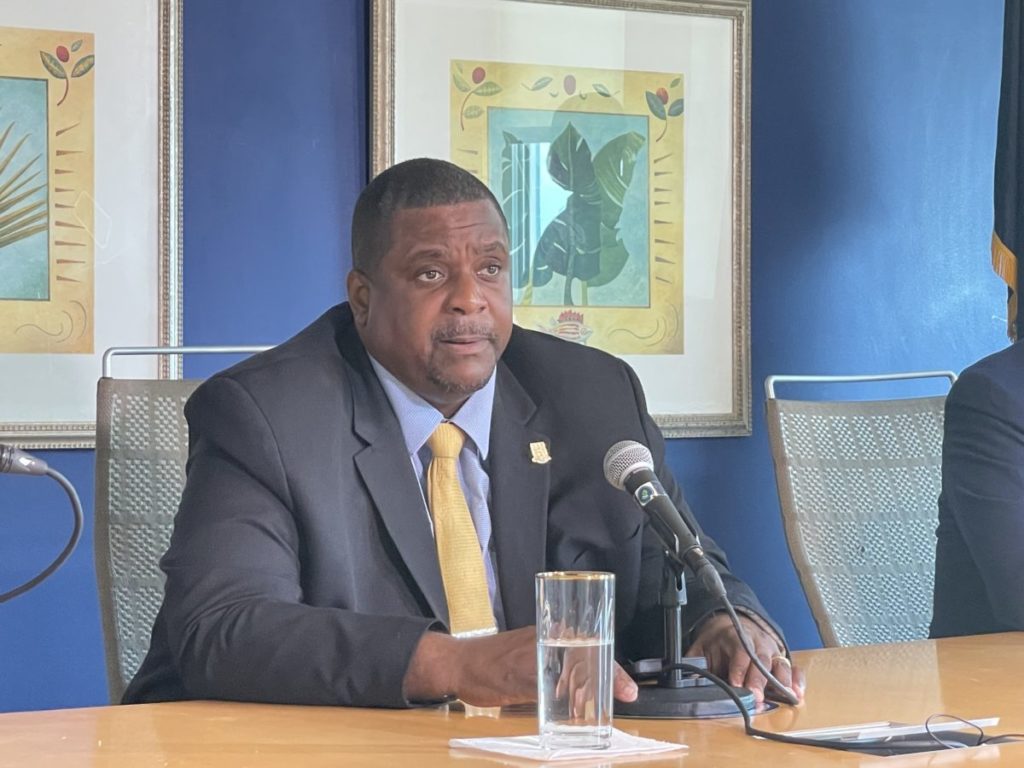 Fines among measures being pursued against price gouging

Premier Andrew Fahie has announced that fines are among some of the measures being considered for businesses caught in the act of price gouging.
The Premier gave that indication at a recent press conference when asked what powers the task force he established to address the issue would likely have.

“Under the Consumer Protection Act that was passed that we could implement during pandemics and major disasters and crisis – which we are under – we are implementing that,” Premier Fahie stated.

He continued: “So, the measures that can be taken for that are some fines and many other areas of which we will be rolling out very shortly.”

Premier Fahie also indicated that most businesses that have since been approached by his task force have been cooperating.

He also offered an appeal to shop owners to pass savings on to their customers which they will receive from the import duty reductions he recently announced.

“Because this will keep the economy circulating, it will ensure that your customers are able to continue shopping locally and reduce the amount of money leaving the Virgin Islands. If you over-price your goods, you may be pushing your customers to shop abroad, and we would prefer that they shop locally,” the Premier said.

The territory’s leader also seized the opportunity to once again deny that he sought to attack the business community when he announced the introduction of the task force.

“I announced that the task force was created to look into the prices of goods, services and fuel [but] there were persons who tried to frame this as if your government was attacking the business community – which was not so,” he said.

That assertion of an attack on businesses was made by Opposition Leader Marlon Penn.

The Premier said the task force has since been able to gather data and information to be analysed and this has allowed officials to understand the various perspectives of the problem so that they could arrive at fair and effective solutions.
#the Virgin Islands  #Fahie