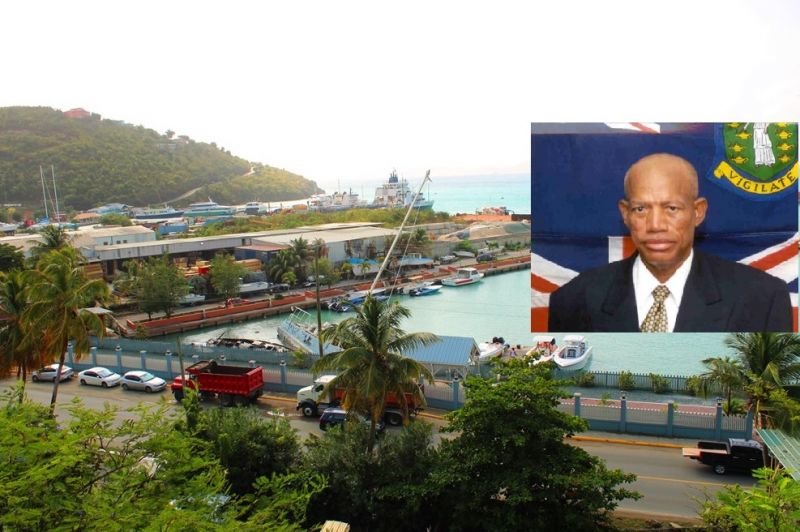 Fisherman’s wharf in Baughers Bay to be named after late Omar W. Hodge

Representative for the Sixth Electoral District Honourable Alvera Maduro Caines said the much talked about Fisherman’s Wharf in Baughers Bay is nearing completion and, when complete, will be named in honour of the late Omar W. Hodge.

Further, it has been disclosed that a bust of the late legislator, Hodge, who served the Sixth District for over 3 decades, will be placed at the spruced up fisherman's wharf, which will also serve as an area for persons to relax under the gazebos already built there.

Speaking on Saturday, January 30, 2021, at the 'Annual First District Report' at Cappoon’s Bay Recreational Ground on Tortola, Honourable Maduro-Caines said the Virgin Islands Party (VIP) administration led by Premier Andrew A. Fahie (R1) is working, including in her Sixth District.

“Presently in my district, we are working hastily to finish the Fisherman’s Wharf in Baughers Bay. When this wharf is completed hopefully in another month, we will name it after the later Honourable Omar Hodge,” she remarked.

“It has been a pet [project] of his, a project that he was never able to finish, and I decided to continue and get this project done.” 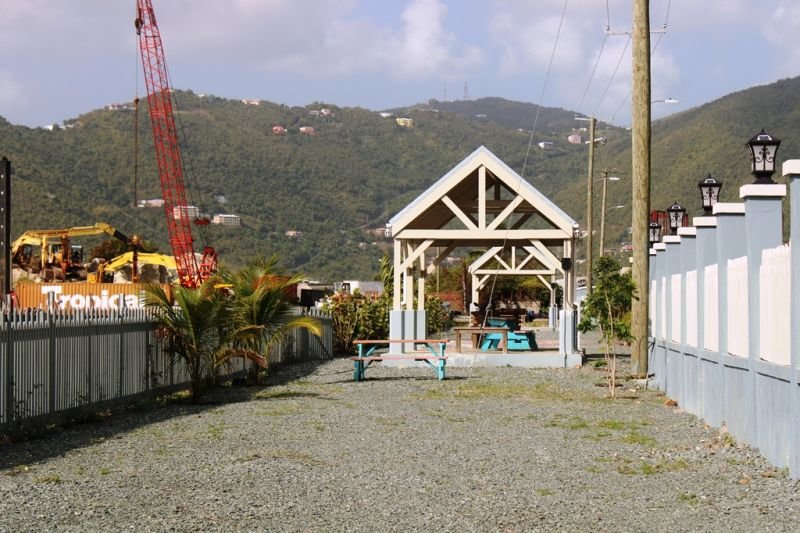 A bust of the late legislator, Omar W. Hodge, who served the Sixth District for over 3 decades, will be placed at the spruced up fisherman's wharf, which will also serve as an area for persons to relax under the gazebos already built there in Baughers Bay.

Bust of Omar W. Hodge to be unveiled

Speaking to Virgin Islands News Online this morning, February 1, 2021, Honourable Maduro-Caines further stated that a bust of Mr Hodge will be placed at the entrance of the newly developed fisherman's area.

Hon Maduro-Caines, who had toppled Mr Hodge in the 2011 election after he had given some 32 years of continuous service in the Sixth District, said once the bust arrives in the territory and is erected, there will be an official opening for the fisherman's wharf.

She said the bust is expected in the territory in a month's time. 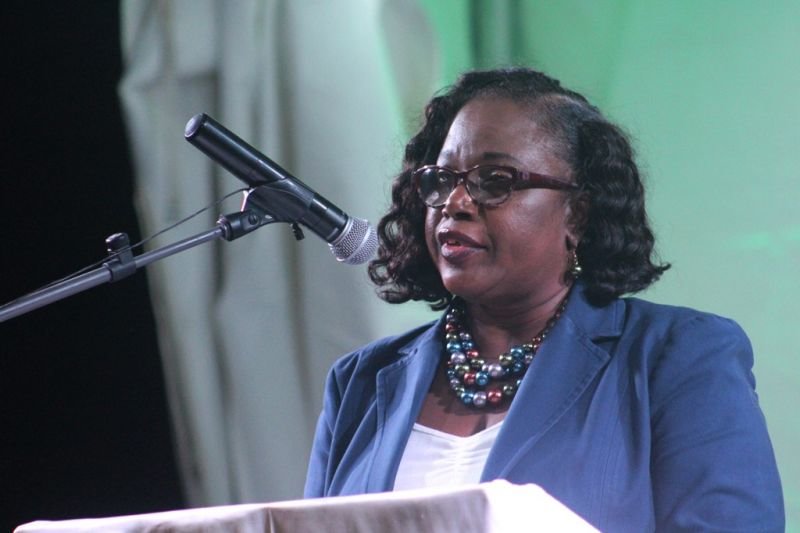 Former National Democratic Party (NDP) Member and Representative for the Sixth Electoral District Honourable Alvera Maduro Caines has said the Virgin Islands Islands (VIP) Government is working for the people despite what some may say.

Known affectionately as “The People’s Man”, the late Hodge, who served in various capacities such as Deputy Chief Minister, passed away on December 20, 2017, after a brief illness.

At the time he was 75 years old and serve over 30 years in elective office, with one of his notable achievements being the acquisition of the world-famous Baths on Virgin Gorda for the people of the territory.

He also assisted in crafting and later passing a new Labour Code that protected the rights of both employees and employers. 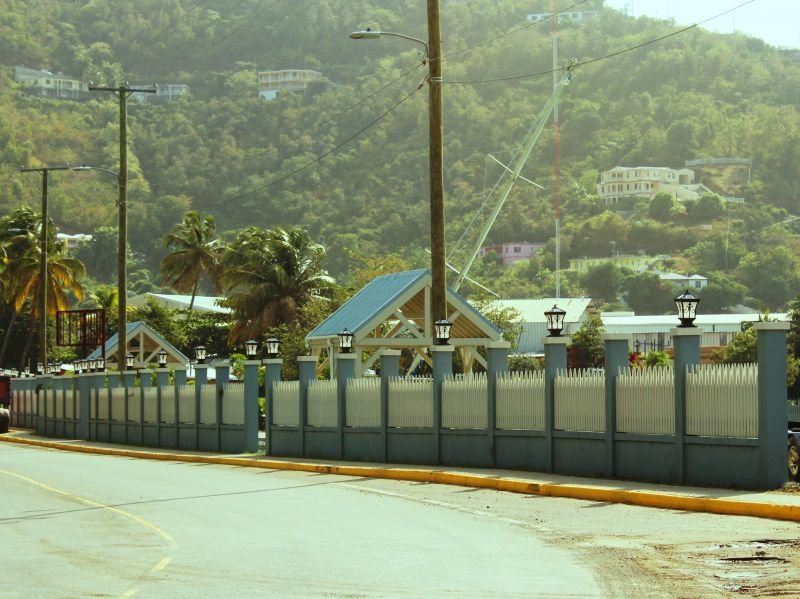 The fencing, lighting and gazebos have also served to enhance the appearance of the area of the fisherman's wharf in Baughers Bay. 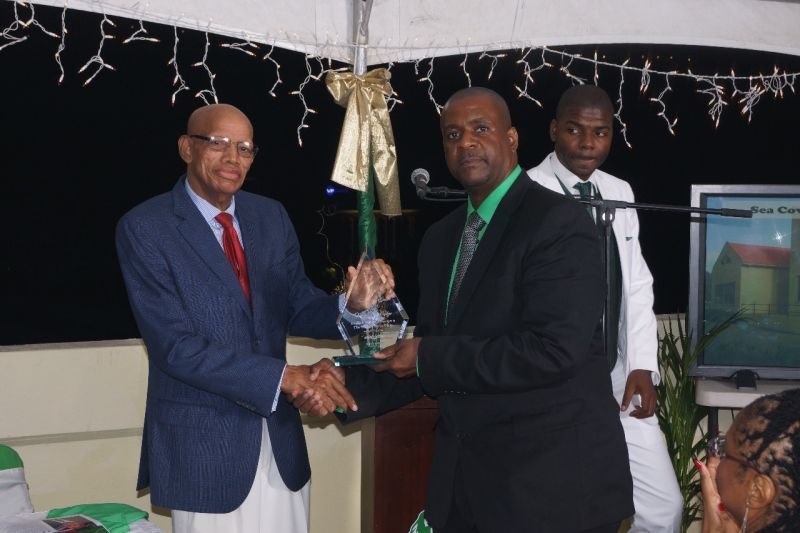 It was on March 4, 2017 that the Virgin Islands Party, under its Chairman Hon Andrew A. Fahie (R1), right, honoured one of its Founding Members, Mr Omar W. Hodge, left, now deceased.

In the meantime, Maduro Caines said, one man in need will be assisted with a new home.

“In spite of what others may say, your government has been going above and beyond to help you the people. The premier has initiated a project where we will build a house for a needy person or an elder person in each district, and I am glad to say we are starting with district six.”

She continued: “We have already identified an elder man who is in much need of a house by the name of Mr Marvin Malone, and we are running hastily to get it started so he would have a better place to live. We must take care of our elders; they are the ones who started this foundation for us to build on.”