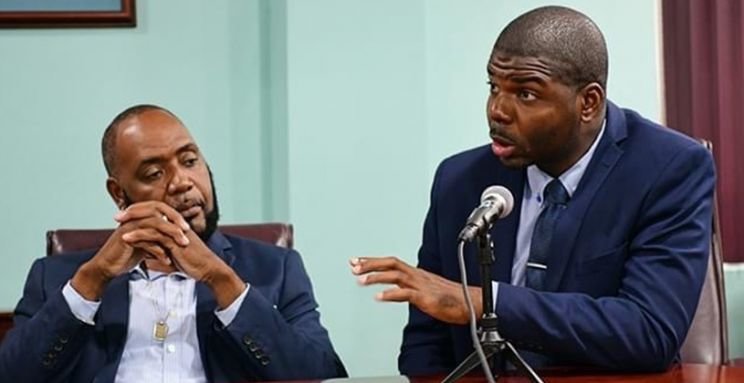 Hon. Smith stated that he feels the laws are designed to put BVIslanders at a disadvantage. So much so, that he thinks that some of the laws on the books are robbing locals of practicing their culture and heritage.

“I am concerned about the trend I am seeing when it comes to fishing…some laws are being put in place to me, it’s only going to hurt your own locals and we need to look at the laws to see if we can make some adjustments,” he said at a recent sitting of the House of Assembly.

Hon. Smith lamented that it is unfortunate that in order for someone to go out and fish, even for recreational purposes, they must possess a fishing license.

According to the government, for recreational fishing, local and foreign vessels are required to have a Certificate of Registration and Fishery Licence to be used in the BVI

“When I was a young boy I could have jumped on a boat and go out and fish. I could have carried my children to fish. Now you telling me I cannot go on a boat, go out and start to fish. We have to be careful what we are doing because that’s the way we grew up…so now you are going to tell me I cannot go out to fish for recreational. I must have a license to fish,” the At-Large Representative stressed.

The government backbencher said policymakers must put laws in place to protect BVIslanders. He said that he has already spoken to Hon. Natalio Wheatley, who has responsibilities for Fisheries and Agriculture.

“Protect our heritage. Not destroy it, not change it because we say ‘best you teach a man to fish so he can catch his own wish, instead of giving him that fish’. I am appealing to my Members, the Member for the Seventh (Hon. Natalio Wheatley) knows what I am talking about. We have to make some amendments,” he stated.

Smith also raised the issue with the ban on spearguns. According to Government, in the BVI it is illegal to use or carry onboard a fishing vessel any speargun, self-contained underwater breathing apparatus (SCUBA) diving equipment, explosive, poison or other noxious substances for fishing or harvesting of marine products in the fishery waters.

Violators will be prosecuted to the fullest extent of the law. There is a maximum fine of Fifteen Thousand Dollars ($15 000.00) for this violation.

“Why ban it because two incidents happened? How much people here getting shoot with guns, but still you can go apply for a gun license and carry a firearm. And here it is a man using a fish gun to feed his family and his children and you tell him he can’t do it,” Hon. Smith stated.

He continued, “Why because somebody come in and say ‘hey I don’t want no fish gun here anymore’…let’s really be realistic in what we are doing. We cannot destroy our own . Have a lot of people that’s their living, that’s how they grew up.”

Hon. Smith urged that they revisit the law and make the necessary amendments including putting regulations in place rather than a total ban.

“Nothing wrong with saying you cannot use a fish gun within two miles of the shores, cannot take a fish gun on the beach. There are things you can put in place,” he said.

The At-Large Representative added, “We cannot let anybody come here and change our ways of doing things, our culture, no. If we need to put regulations in place let’s do it, but to ban it?”