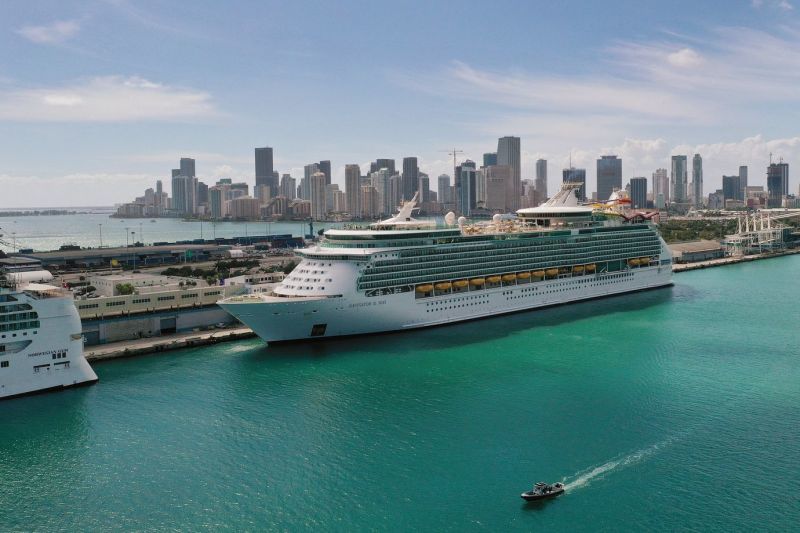 Government House on Monday, June 7, 2021, announced that Governor Albert A. Bryan has sent a letter to Florida Governor Ron D. DeSantis asking him to reconsider legislation that bans cruise ships embarking from Florida ports from requiring proof of vaccination, an action Mr Bryan said contradicts the Centers for Disease Control and Prevention (CDC) guidelines and would stifle the restart of the cruise industry.

The governor also sent a separate letter to CARICOM Chairman and Prime Minister of St Vincent and the Grenadines Ralph E. Gonsalves asking for support from the Caribbean Region in finding a path forward to safely restart the cruise industry, Gov't House said. Both letters were sent Monday.

Mr DeSantis in a press release issued Thursday blasted the CDC for its cruise ship policies, calling the federal agency a “bureaucratic virus against science-based governance,” while accusing it of “discriminating against children.”

The Florida governor's stance is the latest in a strained relationship with the CDC. In April, Florida sued the CDC to restart cruise travel, calling the action of mothballing cruise ship activity for over a year a "stringent and reckless stance against the industry." Florida is a major cruise ship hub and the largest in the US.

Mr DeSantis's position has also led to a tense relationship with cruise lines whose home port is Florida, as they have acceded to the CDC's requirement that 98 percent of a ship's crew and 95 percent of its passengers be vaccinated as a precondition to set sail. The cruise lines' decision to follow the CDC flouts a Florida law that prohibits the use of so-called vaccine passports for cruising from Florida. 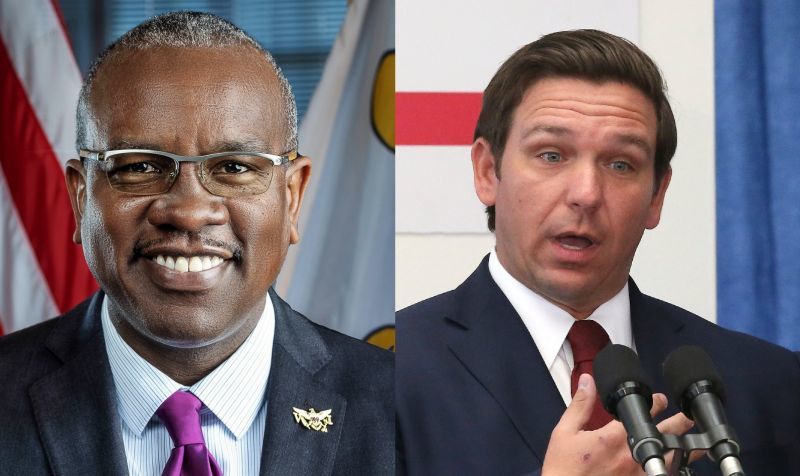 Government House on Monday, June 7, 2021, announced that US Virgin Islands (USVI) Governor Albert A. Bryan, left, has sent a letter to Florida Governor Ron D. DeSantis, right, asking him to reconsider legislation that bans cruise ships embarking from Florida ports from requiring proof of vaccination, an action Mr Bryan said contradicts the Centers for Disease Control and Prevention (CDC) guidelines and would stifle the restart of the cruise industry.

In his letter to Mr deSantis, Mr Bryan wrote. “I respect your commitment to health and civil liberties and write to ask you to reconsider the measure in the Florida legislation standing in the way of cruises sailing from the state with vaccine requirements. Florida, the United States Virgin Islands and the Caribbean region—our lives are connected by a thousand invisible threads, and along these sympathetic fibers, our actions run as causes and return to us as results.”

The governor also noted that Florida is the central and biggest embarkation point for cruises in the United States and that the state is home to the headquarters and key infrastructure of major cruise lines, Gov't House said.

“If nothing else, grant an exemption to cruise lines that have destinations in the Caribbean," Mr Bryan asked in his letter. "This will be a big win for the people of the Caribbean and the Caribbean expatriates that live in your state. It is my hope that you will reconsider and move in the same direction. I am committed to working with you to find an agreeable path forward.”

In his letter to Mr Gonsalves, the CARICOM leader and St Vincent and the Grenadines prime minister, Governor Bryan asked that CARICOM support his initiative to restart the cruise industry vital to island economies. He also noted that most of the Caribbean islands have had issues with ensuring that visitors are duly vaccinated for the COVID-19 virus because of difficulties obtaining the vaccine, according to Gov't House.

“St Thomas, one of the most popular ports of call for cruises in the Caribbean, is in the direct line of fire, alongside the other port-of-call destinations,” the governor wrote relative to the Florida law banning proof of vaccination. “The Covid-19 pandemic has hammered the world. The cruise lines want to operate out of Florida, and they want to do so safely.”