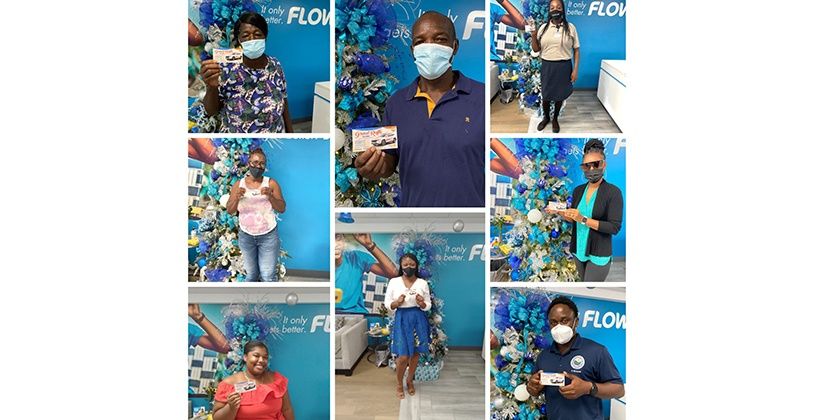 Flow is giving its customers a chance to win a 2022 Hyundai Tucson during the telecommunications provider’s Christmas Campaign launched on November 12.
Flow in a press release said that, speaking during its launch activities, Marketing and Communications Coordinator, Nadia James said, “Christmas only gets better with Flow, and we’re excited about our campaign which includes familiar faces within the community to help spread the cheer and keep customers connected for the holidays.”

She added, “Christmas is a time for giving and especially given the impact that COVID-19 has had on many of our customers, we wanted to give back in a big way for the season. So, we partnered with the Rotary Club of Central Tortola to raffle a car. We will have three Early Bird Draws leading up to the Grand Prize Draw on December 24.”

James explained, “Customers who conduct any transaction with Flow, such as activating a 7 or 30 Day Always On Combo Plan, a new postpaid mobile service, sign up for internet services, or pay their bill in full and on time will be automatically entered to win up to two raffle tickets. We have already begun calling customers who have won raffle tickets to participate in the promotion.”

The first Early Bird Draw was held on Friday November 12, with the next Early Bird Draw slated for Friday November 26, at Flow’s Romasco Store on Tortola. The Car Raffle Promotion was launched in September, in partnership with the Rotary Club of Central Tortola and Delta Petroleum. Proceeds from the raffle will be used to support community service initiatives throughout the Territory.

Even in the midst of its preparations for Christmas, Flow continues to build out its Fiber network throughout the community with service now available in Sage Mountain, Windy Hill, North Sound Virgin Gorda, Sabbath Hill, Bellevue, But Mountain, Rogue’s Bay and many other communitiesjust in time for customers to try out their Christmas devices on our high speed network. For more
information on the services available, visit discoverflow.co
#COVID-19  #Covid