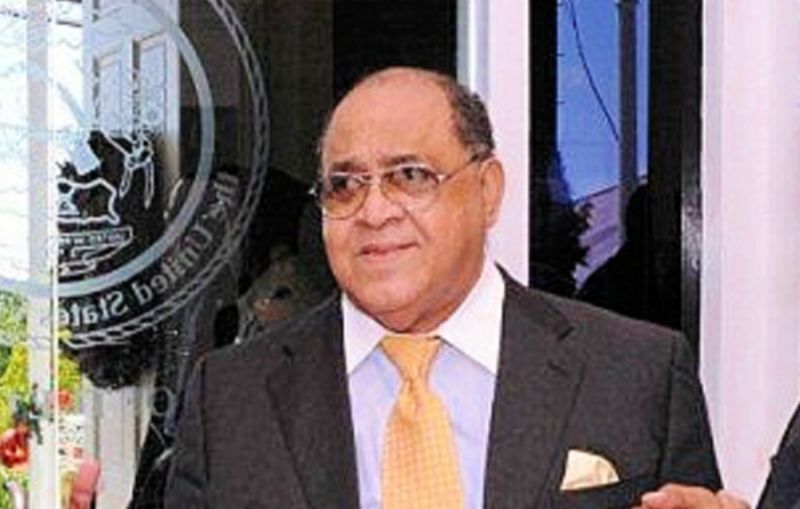 'One of our Great Virgin Islanders has passed'- Gov Bryan


Governor Albert A. Bryan expressed condolences to Governor Schneider's family and the territory. "I was saddened to learn another one of our Great Virgin Islanders has passed. His accomplishments will certainly be celebrated for generations to come. As a scholar, doctor and former Governor he blazed a trail of success and a standard of excellence. He will be missed. My deepest condolences to his family," Mr Bryan told the Consortium in a statement.

Senate President Donna Frett-Gregory said Dr Schneider, who was struggling with health complications, led the USVI with a steady hand. "He is definitely going to be missed by the people of the Virgin Islands," she said. "We always have to honour those who put themselves up for public service and he's been a physician here in the territory that's well respected not only here in the Virgin Islands, but throughout the country."

Dr Schneider was born on May 13, 1939, on St Thomas. He attended Howard University and earned his medical bachelor's degree in 1965. He also enlisted in the US Army during the Vietnam War between 1966 and 1968, where he served as a medical advisor and surgeon between 1967 and 1968. Dr Schneider was awarded a Bronze Star by the United States for his service. He was also awarded the Vietnamese Honor Medal First Class and Technical Service Honor Medal by the Republic of Vietnam during his service in the US Army.

Following his time in the military, Dr Schneider, who is also the namesake of the main hospital in St Thomas, returned home to Charlotte Amalie where he practiced medicine. He was health commissioner at the [US] VI Department of Health between 1977 and 1987, and moved on to be elected governor of the US Virgin Islands.
#the Virgin Islands