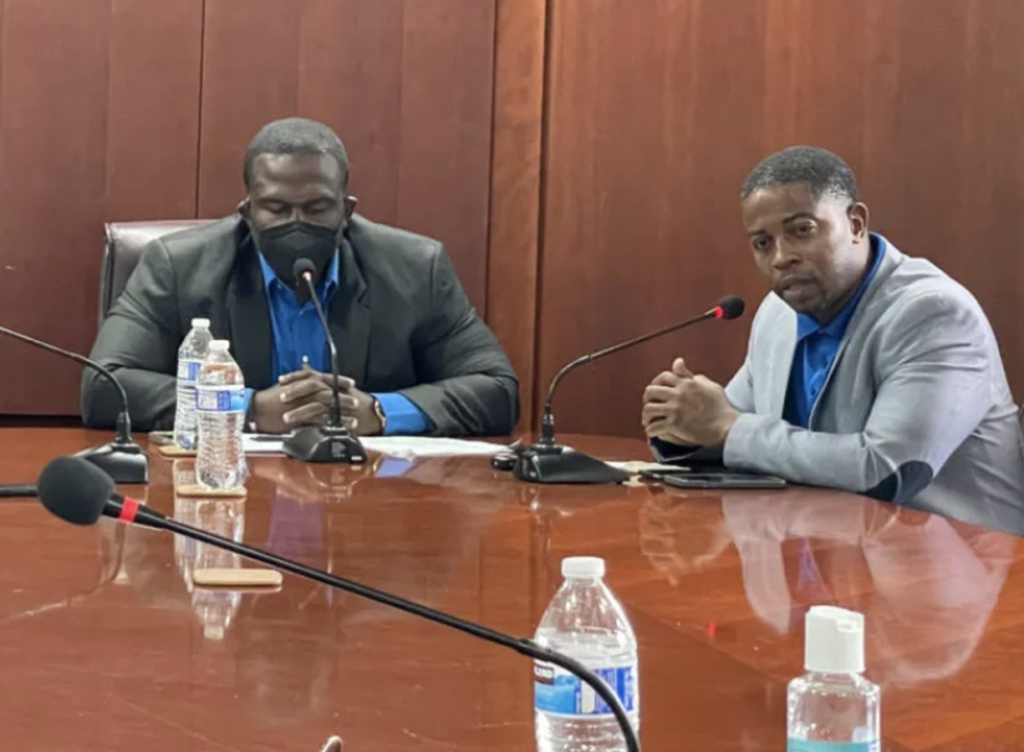 The two former Opposition legislators, Marlon Penn and Melvin ‘Mitch’ Turnbull said they are determined to work towards bringing change and resolving the issues their portfolios have had over the last several years.
Under the new National Unity Government headed by Premier Dr Natalio Wheatley, former Opposition Leader Penn was sworn in as Minister of Health & Social Development, while Second District Representative Turnbull was sworn in as Minister of Natural Resources, Labour & Immigration last Thursday at Government House.

The new Minister of Health & Social Development said that in moving forward, he must first assess what is happening in the Ministry then he will be able to chart a new path forward.

“It is a new paradigm in the BVI right now with what is happening with the new unity government. We have pledged collectively to work for the best interest of the people. Work for good governance and reform in terms of moving forward,” Penn said.

“So, we must determine our reform efforts in terms of moving forward and stabilize the areas we must stabilize. But I must assess what is happening,” Penn told BVI news.

“I do not know what is happening on the ground, but our focus right now is to reform and stabilize the country and move things forward,” he added.

In the meantime, Penn said there will be a handover process with former Health Minister Carvin Malone. He said he will use the opportunity to have dialogues with the Territorial At-Large member on the key issues in the portfolio.

“We intend to do so to ensure we understand where we are in the Ministry and what are the key issues we need to address and then we move forward. But at the end of the day, the next six to 10 months is focused on reform and stabilising the territory and the economy and moving forward,” Penn said.

Meanwhile, the new Minister of Natural Resources, Labour & Immigration said he has already received his orders, which are to address and correct the ills outlined by the Commission of Inquiry recommendations. He added that for him, it is not to only do what is recommended but to do what is expected of him in the new role.

“As a government totally, we are going to focus on the issues surrounding that but in the ministry under my portfolio, [I’m going] to work with the persons there to ensure that we make the corrections to address the issues and set a new charter and a new way forward for the people of the Virgin Islands,” Turnbull said.

“Those plans once properly assessed by my team, once again, under the leadership of our new Premier, we will get our marching orders and look at the areas of concern and we will find a way to partner with the persons and the support from the United Kingdom government and the governor’s office to do what needs to be done,” he added.

Turnbull said he will be working with the former minister Vincent Wheatley as he is still part of the National Unity Government, and everyone will be working in tandem to do what is needed and get the job done.
#Commission of Inquiry  #the Virgin Islands