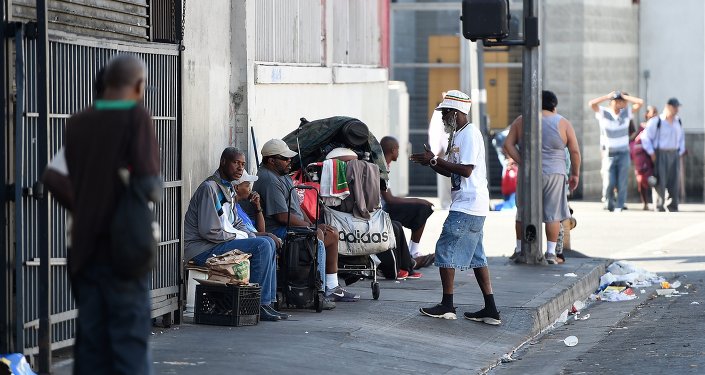 A retired diplomat and academic has urged that the US cannot outcompete China militarily, it can only spark an arms race that will give Beijing a powerful military-industrial complex that will ultimately make both nations poorer in the end.

During an online address at a prominent American think-tank earlier this month, Chas Freeman, a veteran US diplomat and writer on international diplomacy, urged a serious rethinking of Washington’s approach toward China.

“If this were a game of chess, we’d be easy to spot. We’re the player with no plan beyond an aggressive opening move. That is not just not a winning strategy. It’s no strategy at all,” Freeman told the Washington Institute of Foreign Affairs.

Freeman’s career includes postings as US ambassador to Saudi Arabia during the Persian Gulf war and, immediately relevant to his February 11 talk, the principal interpreter for US President Richard Nixon on his 1972 trip to China that paved the way for normalization of relations between Beijing and Washington. He is also the lifetime director of the Atlantic Council, one of the preeminent Washington foreign policy think-tanks.

“The US focus has been on tripping up China rather than improving our own international competitiveness,” he continued. “Without serious repairs to restore a sound American political economy, our future is in jeopardy, and we will be in no condition to compete with the world’s rising and resurgent great powers, especially China.” 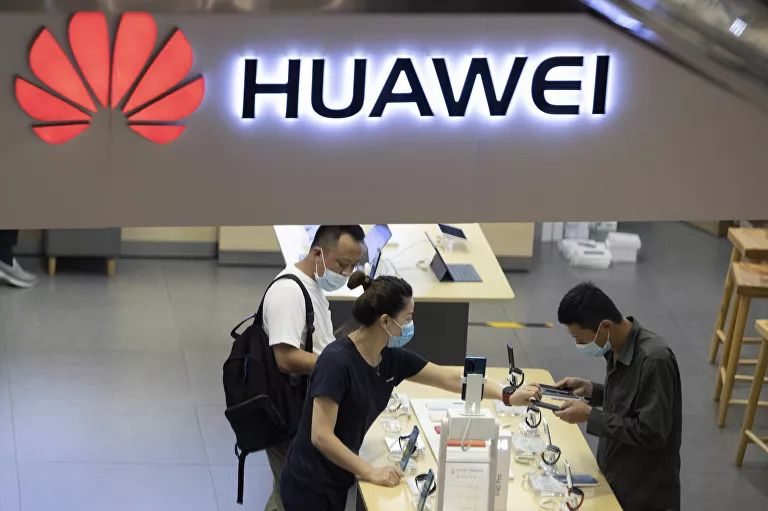 In this July 15, 2020, file photo, visitors wearing masks to curb the spread of the coronavirus look at the latest products at a Huawei store in Beijing. China accused Washington of damaging global trade with sanctions that threaten to cripple tech giant Huawei and said Tuesday it will protect Chinese companies but gave no indication of possible retaliation

Under former-US President Donald Trump, the US opened an ideological and economic broadside against China, accusing it of everything from manipulating the value of its currency to stealing Western trade secrets, putting secret “backdoors” in its tech products, illegally expanding its hold on islands in the South China Sea, and abusing human rights in Hong Kong and Xinjiang. Under US President Biden, those efforts are likely to continue and worsen, with Biden’s would-be trade representative promising a “tough on China” approach that includes tariffs and his picks to head the CIA and State Department promising to ready the US for a long-haul struggle.

Calling the four years of Trump’s leadership “the most bizarre presidency in our history,” Freeman noted that the US and China began 2021 in very different ways. China, having defeated the COVID-19 pandemic early-on and standing amid titanic changes such as lifting 850 million people out of extreme poverty in just a few decades, is enjoying high morale and confidence in its market-socialist system. “China is focused on the future,” he said.

“By contrast, the United States entered this year in an unprecedented state of domestic disarray and demoralization,” Freeman noted.

Just six days into 2021, the sitting president attempted to usurp the power of Congress and void an election he had lost, while lawmakers struggle through perpetual deadlock to address even the most basic issues. Meanwhile, more than 100 times the number of Americans have died of COVID-19 than have Chinese people, and the contradictory “K-shaped recovery” of a booming stock market and dramatically expanding poverty make a mockery of the term “recovery.” 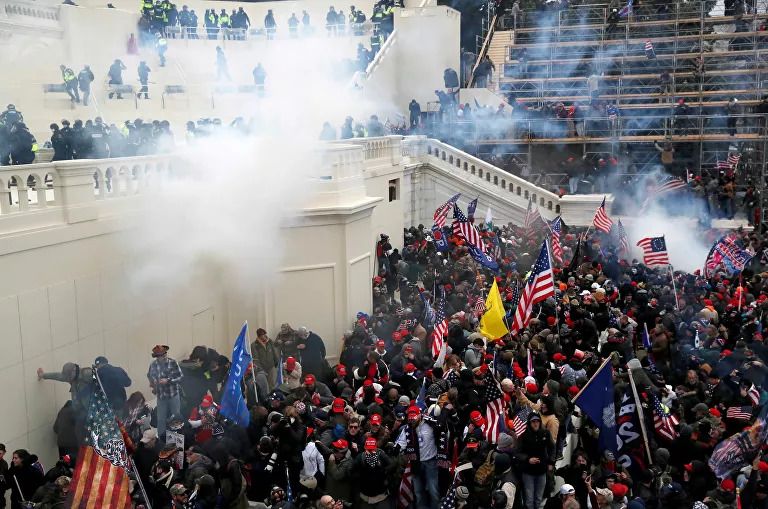 Police release tear gas into a crowd of pro-Trump protesters during clashes at a rally to contest the certification of the 2020 U.S. presidential election results by the U.S. Congress, at the U.S. Capitol Building in Washington, U.S, January 6, 2021.

“Without serious repairs to restore a sound American political economy, our future is in jeopardy, and we will be in no condition to compete with the world’s rising and resurgent great powers, especially China,” Freeman said. Paraphrasing Napoleon, he urged: “let China take its own path while we take our own. We need to fix our own problems before we try to fix China’s.”

On Thursday, Chinese President Xi Jinping declared “complete victory” in eradicating extreme poverty in the country, calling the lifting of 850 million people out of destitution an “unprecedented accomplishment” among nations.

“Shaking off poverty is not the finish line but the starting point of a new life and new endeavor,” Xi said, urging Communist Party of China cadres leading the campaigns to double down on programs to keep people from falling back into poverty.

The announcement comes ahead of an anticipated announcement of another achievement: the building of China into a “moderately prosperous society,” which Xi set as a goal by 2021. The achievement is just a marker in a much larger effort to bring China up to speed with the developed world by 2049, the centennial of its socialist revolution.

While the US remains in social lockdown well into February, China’s near-total eradication of COVID-19 by the middle of 2020 has allowed its economy to jump-start by answering the needs of the US and other countries still struggling to contain it. Some economists have predicted economic growth as high as 8% for China in 2021, and that China could pass the US economy as the world’s largest by 2028.