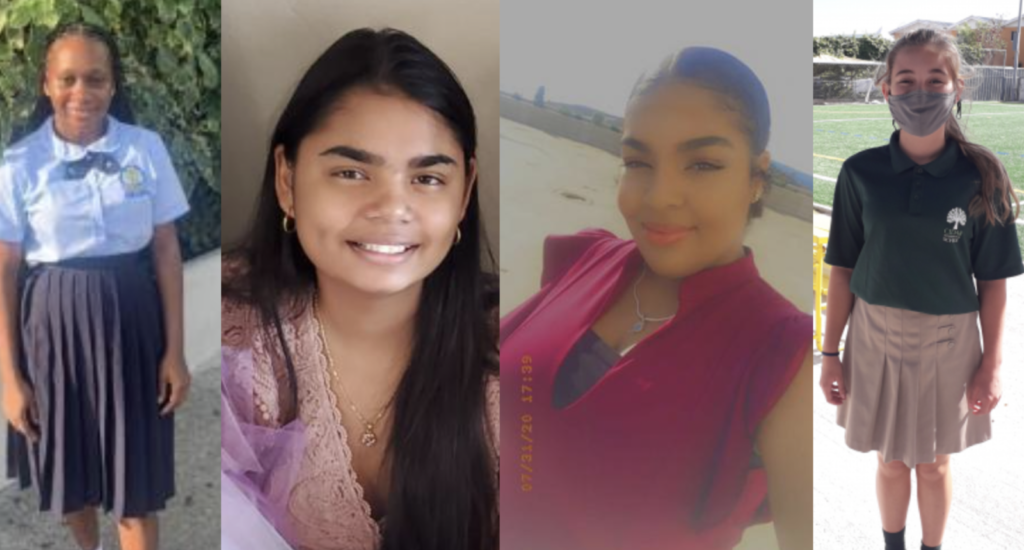 Four students to spend a day with the governor

The winners of the ‘A Day with the Governor’ climate change competition have been announced.
They all hail from three different schools in the territory. The three winning entries were Alexa Hodge and Hanan Bazaz from Elmore Stoutt High School; Ashleigh Hearne from Cedar International and Sarah Ramdatt from St Georges Secondary School.

The competition received 31 entries and the winning three were selected based on the creativity of their video as well as their understanding of climate change, its causes, potential impacts, and also suggestions on how the Virgin Islands can play its part to mitigate the impending crisis.

The four students, as a part of the winning prize, will get to spend a day with Governor John Rankin and the Minister of Natural Resources Vincent Wheatley.

They will visit local green initiatives including the solar hub at Leonora Delville Primary School and a mangrove project at H Lavity Stoutt Community College.

The winners will also have an opportunity to share their views and suggestions on how the territory can build its green credentials in the future.

Governor John Rankin said he was pleased to launch the competition to hear from the next generation as they are critical in the preservation of the territory’s natural resources and the mitigation of damages from climate change.

“I am delighted by the number and quality of video entries we received. They demonstrated the passion of young people across the globe, including in the VI, for tackling climate change,” Governor Rankin said.

“For the Virgin Islands, climate change impacts could range from longer, harsher hurricane seasons, a rise in sea levels too, in the longer term, risks to our food and water security. It’s important that we all play our part to secure our survival and ensure a brighter future for our children,” he added.

Meanwhile, Wheatley congratulated the winners and everyone who participated.

“The BVI has made important steps in tackling climate change and introducing green initiatives, but there is always more to do. I am pleased to support this initiative from the Governor and to work together and spend the day with the students,” the minister stated
#the Virgin Islands  #John Rankin