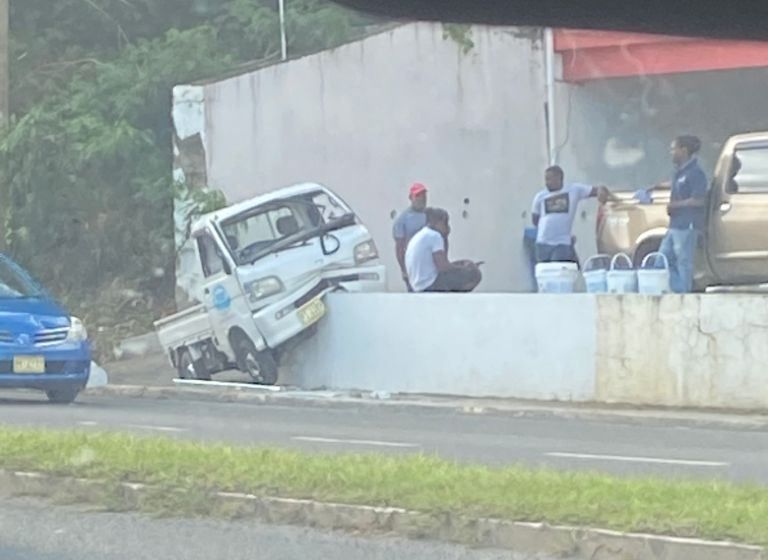 Whether one believes in Friday the 13th superstitions or not, a driver of a canter may have considered himself unlucky after he became involved in an accident on Tortola this afternoon, Friday, August 13, 2021.

The small canter was left perched on a small wall outside Pasea Place after the driver lost control of it while on the eastbound carriageway of James Walter Francis Drive.

It is unclear what caused the driver to lost control of the vehicle or whether anyone was injured.

The accident took place around 5:30 pm.

From all indications, it was a lone vehicle accident. 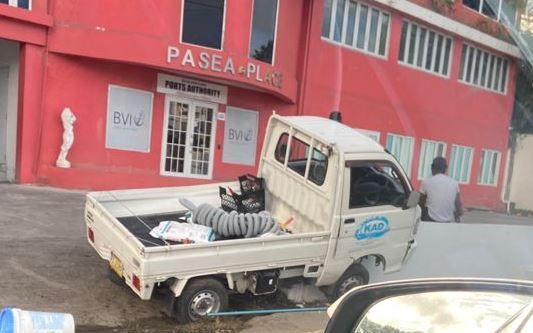