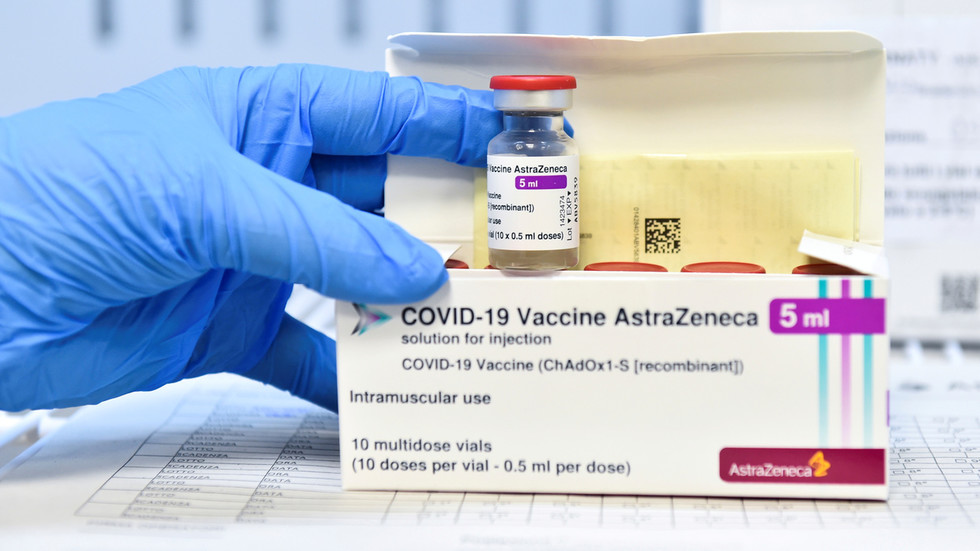 Ursula von der Leyen has warned pharmaceutical company AstraZeneca that the European Union would consider a complete export ban on its Covid-19 vaccine if it doesn’t supply the bloc with the jabs before other nations.
“We have the option of prohibiting a planned export. That is the message to AstraZeneca,” the EU Commission president told German media on Saturday. “You first fulfil your contract with Europe before you start delivering to other countries.”

Von der Leyen blamed the Anglo-Swedish company for having delivered only 30% of the promised number of vaccines in Q1 2021. The EU has repeatedly threatened to block the export of vaccines as it falls behind non-member countries like the United Kingdom in its rollout program.

On Wednesday, von der Leyen said that the EU could block the export of vaccines “to countries who have higher vaccination rates than us” and that it was “ready to use whatever tool” necessary to speed up the vaccination of member states.

German Minister of Health Jens Spahn warned on Friday that “there is not yet enough vaccine in Europe to stop the third wave through vaccinations alone,” and that member states like Germany might even have to “take steps backwards.”

The UK decided to strike back, however, noting that “there are very significant consequences to breaking contract law,” which is what the EU would be doing if it interfered with the export of lawfully purchased vaccines.

EU member states temporarily halted the distribution of AstraZeneca Covid-19 vaccines this month, citing concern about a potential link to blood clots. Vaccination resumed after the bloc’s medical agency reassured that the jab was “safe and effective,” but this didn’t eliminate the concerns completely. A French regulator, for example, recommended giving the drug to over-55s only, claiming it might be risky for younger people.

In an effort to counter worries over the vaccine as distribution resumed in Europe, some top officials decided to get the AstraZeneca jab themselves.
#COVID-19  #vaccine  #AstraZeneca  #Covid  #Vaccines