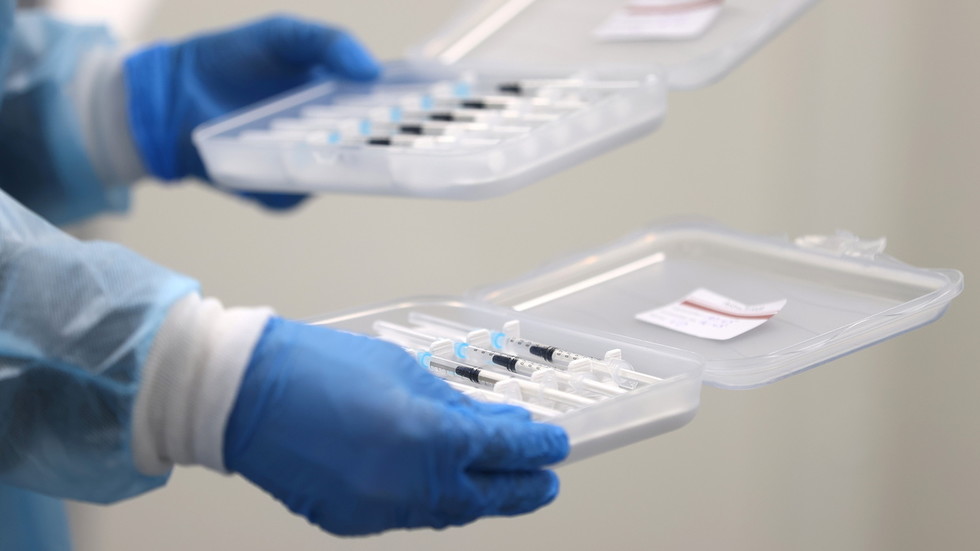 A German expert panel has recommended those who received one AstraZeneca jab should take another vaccine as their second dose, since the British jab’s side effects could be more dangerous than taking two different products.

All Germans under 60 “should be given a dose of an mRNA vaccine 12 weeks after the first vaccination instead of the second AstraZeneca … dose,” the German Government’s Standing Committee on Vaccination (STIKO) said in its latest draft recommendation published on Thursday. The jabs produced by Pfizer-BioNTech and Moderna were mentioned as possible substitutes.

“So far, no data are available on the risk of the second vaccination [with AstraZeneca],” the expert panel admits, adding that “scientific evidence” on safety and effectiveness of vaccination with two different jabs is also lacking. Still, STIKO recommended the second option for that age group.

AstraZeneca’s Vaxzevria jab can only be given to those under 60 “at the discretion of the doctor” and after a patient accepts all potential risks, the panel concluded.

The rather unorthodox advice, which implies that millions of people might potentially be forced to rely on a yet-untested vaccination strategy, comes amid serious concerns related to the British-Swedish vaccine’s potential serious side effects.

“At the moment, one can only speculate about the risk of having been vaccinated twice,” Thomas Mertens, the head of STIKO, told Der Spiegel on Thursday referring to the Vaxzevria jab.

"The obvious way out is not to try it at all but to give an mRNA vaccine as an alternative to be on the safe side."

A virologist and the former medical director of the Ulm University Hospital, Mertens also said that the results of animal experiments available so far “show that the immune response is the same” after vaccination with two different shots.

He admitted, though, that the researchers still “have to scientifically clarify” whether the protection would be just as good in humans. He also said that “there will be data on this soon.”

STIKO had announced on Tuesday that Vaxzevria can only be given to over-60s. The decision came after Germany's vaccine regulator, the Paul Ehrlich Institute, disclosed that as of March 29, the country has recorded 31 cases of cerebral sinus vein thrombosis (CSVT), nine of which resulted in death, after people took the Vaxzevria shots. CSVT is a rare form of blood clot that forms in the brain.

Mertens called the regulator’s report a “very clear signal” which STIKO had to react to. The report also suggested that people under 60 appear more likely to be affected by this particular side effect. He also cited the data provided by Norway that suggested the jab provoked CSVT “at a ratio of 1 to 25,000 vaccinations.”

Some 2.8 million Germans already received their first Vaxzevria shot. Only around 2,000 people took the second shot too, according to German media. According to official figures, women under the age of 70 make up two-thirds of those vaccinated with the AstraZeneca drug. Some reports attribute this statistic to a fact that nurses were one of the primary groups to get it.

Earlier, dozens of nations in Europe and beyond temporarily halted the use of the vaccine following the reports of fatal blood clotting. Both the European Medicines Agency (EMA) and the World Health Organization have both said that they consider Vaxzevria safe to use, however, with benefits outweighing the risks of rare side-effects.