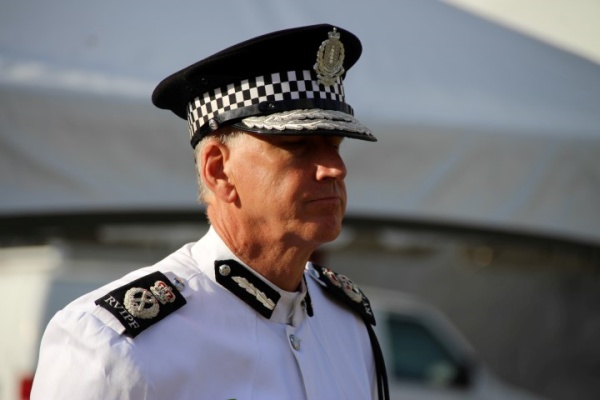 Police Commissioner Michael Matthews has said he is “surprised” and “disappointed” with government legislator Neville Smith for calling him out in the House of Assembly without first being properly informed.

While decrying the state of crime in the territory last Thursday, Smith ordered the Commissioner to present a crime plan to the public in two weeks.

Responding to Smith’s statements in an interview with ZBVI radio on Monday, Matthews said a crime plan was already submitted to the National Security Council. Smith’s party leader, Premier Andrew Fahie sits on that council.

“The plan was actually submitted towards the end of last year but it was finally heard in the National Security Council on the 10th of February [this year]. So we’ve had the plan and we’ve actually been working to that plan since last October,” the Commissioner said.

“It was a composite plan. Indeed, the Deputy Premier asked for more time to study the plan because he wanted to go into depth on it. So that’s the first thing — there has been a plan presented and agreed,” Matthews added.

He said the plan includes the Royal Virgin Islands Police Force’s (RVIPF) use of territory-wide CCTV cameras to tackle crime, as well as the implementation of the new Police Act which is still before the House of Assembly.

The Commissioner also sought to silence who he described as ‘noisemakers’ and ‘naysayers’ by noting that police seized more than three tonnes of cocaine in the last four months and made what he described as “recording-breaking seizures of illegal firearms”.

“Recorded crime [went] down five per cent last year, serious violence down nine per cent last year, detection rate up 55 per cent. And for the naysayers that say, ‘well, that’s all well and good but your not doing anything about these noisy scooters’, we seized 12 scooters in the last 14 days. Now, that doesn’t sound to me like we haven’t got a plan and we’re not fighting crime,” Matthews added.

“I keep hearing these negative noises about ‘crime is out of control’ … Let’s talk some real figures rather than [spew] noises,” the Commissioner added.

During his statement in the House of Assembly, Smith had said government was not responsible to stem crime, adding that the responsibility lies with the police.

“Whilst I got the responsibility of the commissioner to deliver on plans that are agreed, I do think it is somewhat naive to keep referring to this being the police’s responsibility. There is a very big government responsibility there, too. There is a public responsibility, too, around supporting your local police and cooperating with police and giving information to police. So this should be a joined-up effort and if individuals want to call me out — single me out as a commissioner — and say ‘you’re not doing enough’, that just sounds like an excuse to me.”