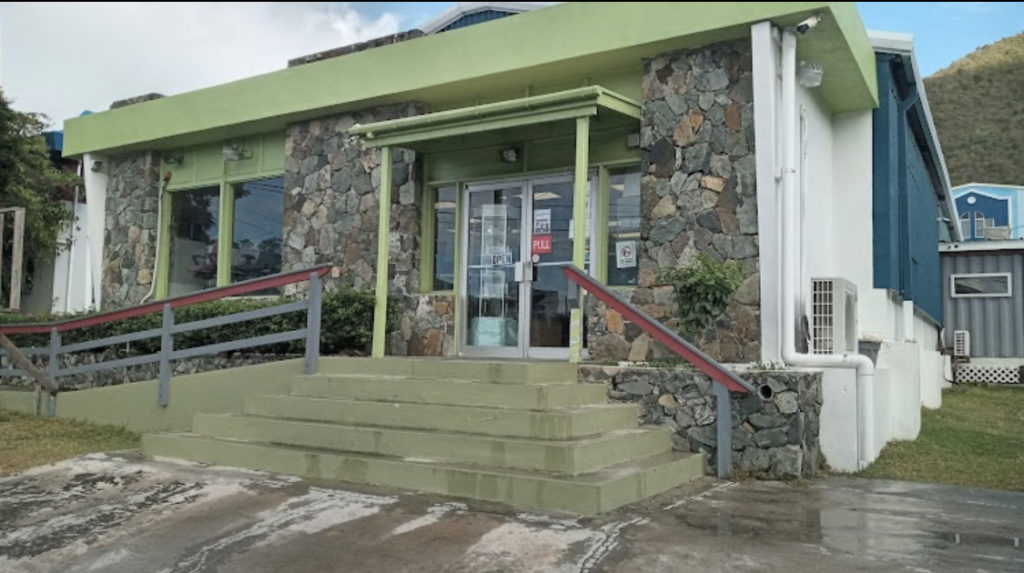 Good emerging from the horrors of Hurricane Irma at Island Services

When Hurricane Irma made landfall on the Virgin Islands on September 6, 2017, the trajectory of the territory changed forever.

Five years later, some businesses are still recovering from the impact including Island Services – an office supplies store in Road Town. But the road to recovery has seen the business transformed, according to its owner.

BVI News spoke with Nelda Farrington, owner of the establishment, who described the recovery process as a long and complicated but one from which her store has grown.

Farrington indicated that her store received hurricane damage such as a weakened roof. However, a few weeks later, she said, Hurricane Maria came and took a portion of the roof off and damaged everything in the store.

“At that time, we had carpets, so everything had to basically come out and then we had to restart from scratch. All the shelving, all the flooring and we stocked the store with merchandise. It was a challenge. The team was so magnificent that everyone pulled together, and we all did what we had to do. There were times when we had to come back after the roof was first fixed without having any merchandise in the store and we were operating with flashlights because some people needed some bits and pieces. So, we were going around trying to salvage what we could with flashlights because people could obtain the product they needed. But looking back, we all grew from it, and we are stronger today,” Farrington said.

Just not the same

She believed the business is still on its road to recovery because a lot of people of the territory were displaced from work and did not have the resources to shop. She noted people are gradually coming back and things are slowly getting better but the situation for her store is not the same as it was prior to Irma.

Nonetheless, Farrington said she is fully prepared for another hurricane as, during the rebuilding process, she ensured the building is fortified against natural disasters.

“What we have done is we have reinforced the roof. We have made it much stronger. The building is much stronger now. We have impact glasses and so forth on all the windows that are exposed – the exterior windows. We have put tiles instead of carpet in the event of something we do not have to remove. Internally, if a storm is coming, of course, we will barricade outside but cover most of the merchandise as much as we can with tarps and while we had covered some, we did not expect most of the store to be affected then the mould set it after. So, it is covering everything and the best we can do is to have a stronger building and a stronger roof which we have done,” she explained.

A good thing emerging from the horrors

It is often said that out of every bad situation there is a positive side, even if you cannot see it. However, Farrington has seen the positive side emerging from the horrors of Irma.

“We have a better store now. The store is better, and we tried to create a nice environment so when the customers come in the store it’s fun and we have a nice mix of products. And the way that it is layout is much different. So, I think as a result we have a much better store. It is a more inviting store for our customers today,” she told BVI News.

Meanwhile, she said she was proud of the overall recovery process of the territory five years later despite the limited resources.

“I see that there is steady progress, and I am grateful. Of course, if the resources were there, we would have seen progress faster but it is coming. We can’t spend and do without resources but I’m glad the school is being repaired and the admin building is now being repaired and some of the outer islands, you know the little spots you go to on the weekend, some of those are coming back and some are already back so it’s been slower than we had hoped but we have to look at resources available to us,” Farrington said.