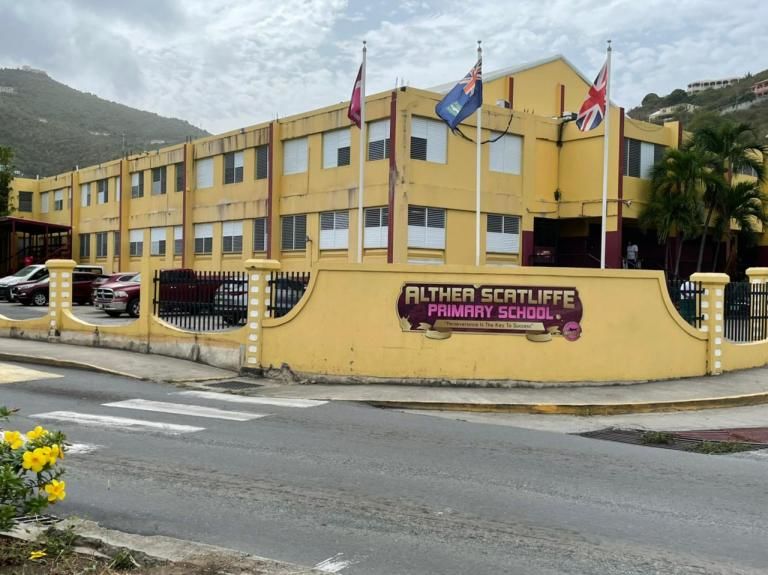 The building that previously served as home for students of the Althea Scatliffe Primary School (ASPS) will be demolished but Works Minister Kye Rymer said more information is needed before this can be executed.
The school was shuttered abruptly at the end of the last school term after a structural analysis conducted in June found that the building was unsafe for occupancy due to issues of structural integrity. And in a statement issued in August, Education Minister Sharie de Castro said a further assessment was being done on the school building to determine whether it will be rebuilt or remodelled and promised more information following that assessment. Students of the school have since been dispersed to other schools throughout Tortola.

“I know parents are concerned and I’ve been in dialogue with the Minister for Education since it sits in my constituency, and the plan is to tear it down,” Minister Rymer said at a recent press conference.

“The engineers, they decided that it’s not safe, so we are going through the process. I think we are waiting on actually [the] Public Works [Department] right now to be able to give us a bill of quantities to see what it will cost for us to tear it down.”

In the meantime, Rymer said officials are also awaiting a revised plan on the costs for tearing down the nearby Sir Rupert Briercliffe Hall, commonly referred to as the Cultural Centre, which suffered extensive damage following the 2017 hurricanes.

“That has been sitting there for quite some time. When the the bill of quantities came in [for the Cultural Centre], it was about, I think, $75,000 at that time, a few years ago,” Rymer said.

“So, we’re hoping to revise them and be able to have those structures [torn] down and the plan would be afoot to start with the rebuilding process,” he added.

Premier Wheatley previously told residents that the matter of rebuilding the school will be dealt with quickly since it was considered as a matter of priority.