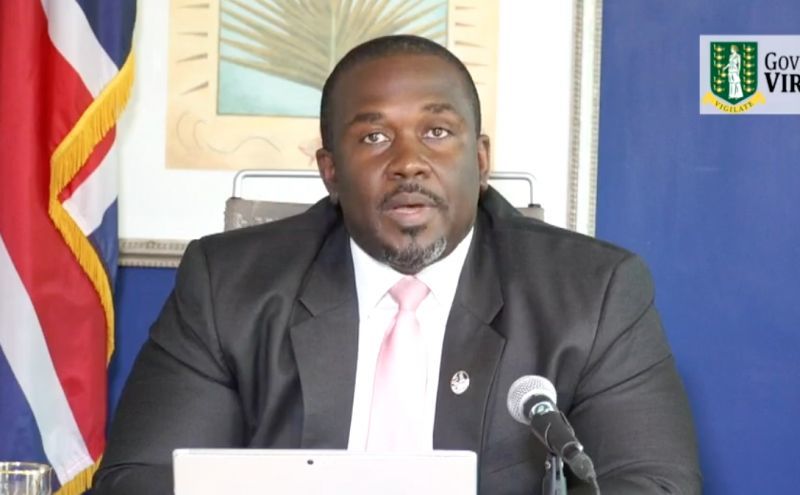 Minister for Health and Social Development Hon Marlon A. Penn (R8) has announced a new transitional period for the deliverance of public assistance grants in keeping with prescribed reforms coming out of the Commission of Inquiry (CoI) recommendations.

The Minister made the announcement during a press conference this morning, June 27, 2022, on the transition of Government Assistance Grants to the Social Development Department, which he said will reduce the likelihood of abuse and fraud in the programme.

The Minister said that the Unity Government has committed to transitioning all government assistance grants to the Social Development Department by the end of June 2022, after the CoI found that as a result of fund disbursement by other ministries and offices resulted in abuse of the system.

“Today I am pleased to announce that Cabinet has decided on the following transitional arrangements… For monthly grant recipients referred from the House of Assembly, a three-month transition grant will be implemented by the Social Development Department from July to September 2022,” he said.

Hon Penn said that grants will only be paid to individuals who had previously been approved for monthly and bi-monthly assistant grants.

“During the three-month transition period, each grant recipient will be assessed to determine if they will be eligible for enrolment into the public assistance programme,” he added.

He said for persons who do not qualify for public assistance, benefit payment will stop at the end of September; however, if any instance of fraud or deception is discovered during the assessment period, grant payments will cease immediately, and steps taken to recover monies. 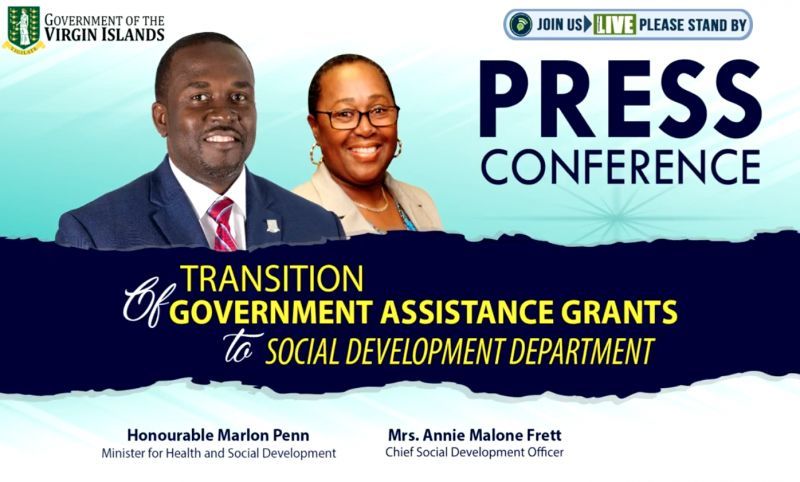 The Minister made the announcement during a press conference this morning, June 27, 2022, on the transition of Government Assistance Grants to the Social Development Department which will reduce the likelihood of abuse and fraud in the program.

“Alongside the transitional arrangement, the public assistant committee continues to consider applications for various types of short, medium, and long-term grants and make referrals to employment and livelihood support services,” he added.

He said the Public Assistance Act of 2013, requires that in addition to establishing financial need, applicants must be a Belonger or holder or a certificate of residents, or married to a belonger and living together with that person in the Virgin Islands or responsible for the care of a dependent person who is a belonger or resident.

He said priority will also be given to vulnerable children, persons over 65, unemployed persons, and persons with disabilities.

According to the Minister, emergency assistance will also be provided to other poor and vulnerable households to meet basic needs in special circumstances.

Some 362 persons are currently receiving grants through HoA, however, they will be transitioned to the Social Development Department who will have sole responsibility for the grants from July 1, 2022.