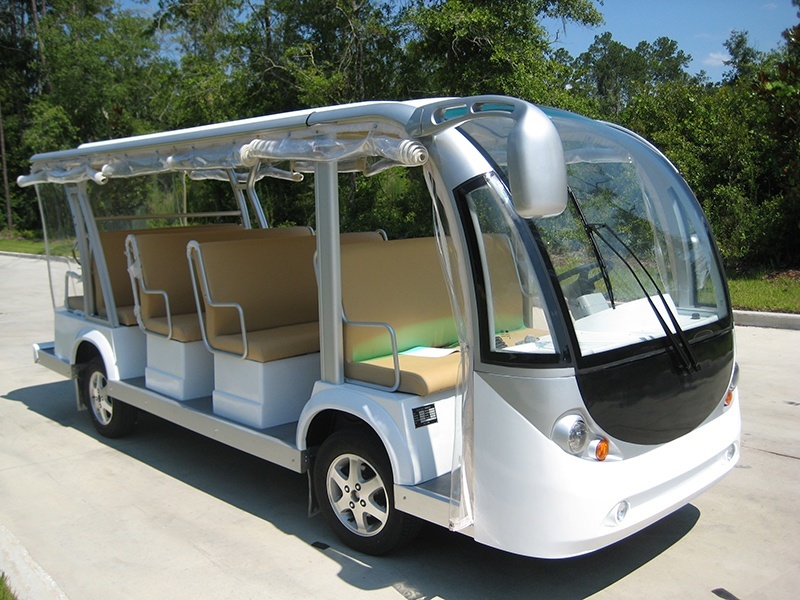 The government has purchased a small fleet of new electric buses for the Park & Ride initiative established roughly a year ago.
Premier Andrew Fahie said the electric vehicles are part of his government’s overall mission to ‘go green’ with environmentally friendly practises in Road Town and other areas of the territory.

He announced news of the buses recently while moving a motion in the House of Assembly to add new items to the list of renewable goods to be exempted from Custom duties.

“We are going to launch the Park & Ride with electric shuttles … When COVID came on heavy, we went into the taxi operators. But we invested, as a government, in electric shuttles for the town so that the town can have less emission of fossil fuels,” Premier Fahie said.

“We have roughly about five or six electric vehicles that are supposed to be on island in the Virgin Islands very shortly within the next two to three weeks,” he told the House on August 26.

“I know when people see these electric shuttles they will be very happy about them. They reflect the colours of the Virgin Islands with the ‘BVI Love’ logo,” the Premier added.

The leader of government business said the buses will be equipped to protect passengers from the rain.
#Covid  #Fahie  #the Virgin Islands