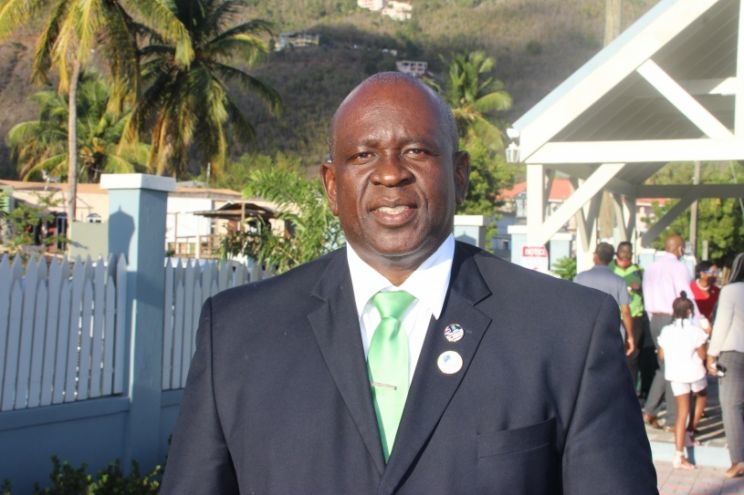 With the projected influx of travellers to the British Virgin Islands expected as a result of quarantine restrictions being rolled back for fully vaccinated persons, Minister for Health and Social Development Hon. Carvin Malone said rapid testing is being considered.
“We are looking at that as it relates to when we further open up because we have cruise ships coming in June; we have other facilities coming in June,” the Minister said in an interview with BVI Platinum News on Monday, April 26.

He added: “And this is why we are pushing the vaccination programme as much as we are so that we have done all that we had to do to get us ready to be at this point, now we need to move one step further, and rapid tests could be well be one of it.”

The Health Minister and Premier, Hon. Andrew Fahie shared a difference of opinion on the use of rapid testing at the ports of entry.

In June last year, the Hon. Malone said there was no need for the BVI to do rapid testing for COVID-19. He made the comment as the Territory planned to open up its borders in September 2020.

The Health Minister said at that time during the House of Assembly that rapid testing is not reliable; hence the BVI relied solely on the PCR test, a four-hour result testing method.

Nonetheless, at a previous sitting of the House of Assembly, Premier Fahie had indicated that he was in talks with other Caribbean counterparts to take the lead for the availability of rapid testing at the ports of entry ahead of the reopening.

While acknowledging that there is a need for the economy to get rolling, the Health Minister said they have to cautious.
#COVID-19  #Covid  #Fahie