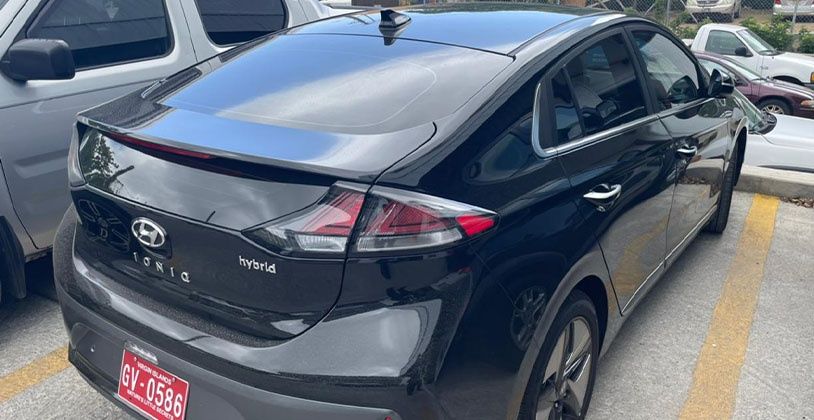 Premier and Minister for Finance Hon. Andrew Fahie said his administration is leading by example in the going green initiative, which he has projected would save residents collectively over $78 million over a five-year time span.

“We have to lead by example — one of our ministers, Hon. Vincent Wheatley have already done that; he actually got an electric vehicle. He was the last one to get a vehicle, knowing that we were working on it, so he actually got ahead of us. The rest of us had vehicles from the time we got in from 2019 we knew that we were going there, but we didn’t know when it is going to be,” he said last Friday August 27 during a press conference.

He continued: “The answer is yes, we have already mandated to have all the government lights turned to LED and energy saving, to have government vehicles electric, solar etc. so those of us who don’t have homes yet when we build we are trying to make it green. It is not only leading by example it is leading because it is a necessity, it is something that we all should be doing – going green.”

His comments come following an announcement that an amendment to the Customs Management and Duties Act which was recently passed by the House of Assembly, will take effect soon. It is dubbed the BVI Going Green Initiative.

He explained that this initiative makes provision for residents to make significant savings by adopting or transitioning to green, renewable energy sources such as solar and wind energy and transitioning to electric vehicles.

“I urge all our citizens to take advantage of the opportunity to save money by making full use of the two-year duty-free window with this Go Green initiative. Many people may be doing renovations and repairs to their properties following the destruction caused by Hurricanes Irma and Maria. This is an opportunity to rebuild green and clean, and with modern technology – at significant savings to your pocket,” he remarked.

He said, transitioning to green, renewable energy is important for 'our' environment, and the global community has set a target of achieving net-zero carbon by 2035, “and we in the Virgin Islands will not be exempted from this goal.”

Hon. Fahie said his administration has been proactive in establishing the following high-level goals for the Territory, which is to generate 100% of the Territory’s electrical power from renewable sources by 2035; to utilise 100% renewable energy for all uses in all sectors, including transportation and cooking, by 2050 and to be 60% Green by the year 2030 or before.

“I want to remind you that the BVI Electricity Corporation has been setting up the net-billing system whereby if you generate your own electricity, you can sell any surplus you have to the national grid and earn yourself money. Switching from fossil fuel can save you, the people of the Virgin Islands, US$78.5 million over a five-year period initially, and more money thereafter,” he added.