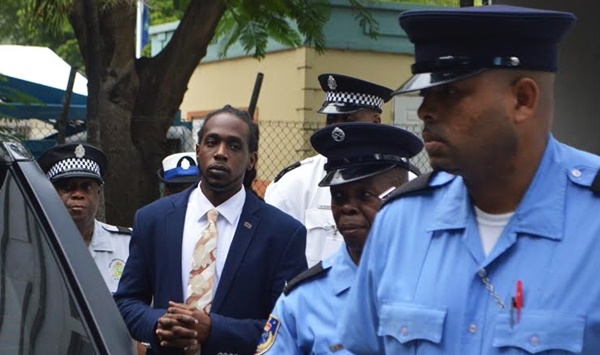 Kenyatta Boynes is appealing his 2017 murder and attempted murder convictions and government is hiring external legal services to conduct the appeal.
The government has outsourced Queen’s Counsel (QC) John Black for the case. This was indicated in the post-meeting statements from Cabinet’s March 3 sitting.

“Cabinet granted exceptional approval to waive the tender process to allow the Government of the Virgin Islands to re-engage Mr John Black, QC for additional legal services rendered to conduct the appeal, Kenyatta Boynes v The Queen,” the statement said.

Cabinet further approved the payment of $15,000 to QC Black. This is in addition to the $96,900 Cabinet approved back in 2020 for Black’s legal services in the “Operation Lucan trial that resulted in the petty contract threshold of $100,000 being exceeded”.

Operation Lucan refers to the high-profile case involving the Pamphill Prevost, Simon Power, and Shawn Henry — the three police officers who were accused of conspiracy to steal.

As for the case at hand, Boynes is hoping to get his murder/attempted murder convictions overturned in the BVI’s Court of Appeal. Defence attorneys Paul Taylor QC and Reynela Rawlins are on record as his legal representatives.

The Office of the Director of Public Prosecutions is the government body responsible for criminal matters in the BVI. It has not been said why the government is outsourcing for Boynes’ case.
#the Virgin Islands