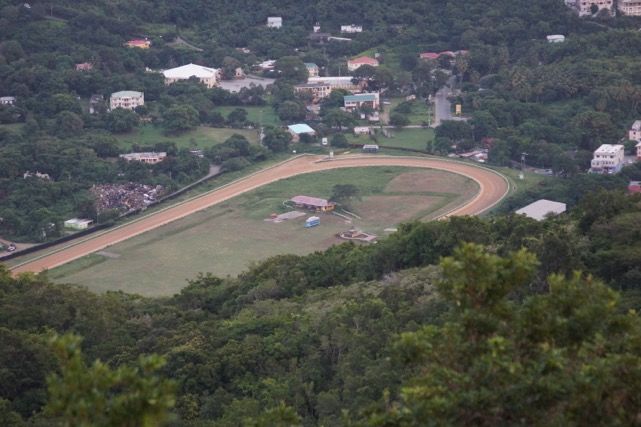 The government has denied an accusation that its agents unilaterally cancelled a leasing arrangement with the Thomas family that owns land at the Ellis Thomas Downs in Sea Cows Bay.

In the apparent absence of the leasing arrangement, the government issued a public notice on the evening of September 8 advising the public not to use the property in question until further notice. This forced the cancellation of planned horse races scheduled to place at the Ellis Thomas Downs this weekend.

It was later reported to a section of the press that two members of the government — Premier Dr Natalio Wheatley and Labour and Natural Resources Minister Melvin ‘Mitch’ Turnbull — along with members of the Attorney General’s chambers met with the Thomas family on September 8 but were unable to come to an amicable agreement over the leasing arrangement.

But in a statement issued by the government yesterday, it was argued that this is not actually what transpired.

According to the government, the main purpose of the meeting was to discuss a rent review.

“At the meeting, the government representatives did not “cancel” the lease with the Thomas family. Rather, fundamental legal issues were raised and ultimately, the Thomas family indicated that they would not allow further use of their property. The family stated this to be a non-negotiable position, and the government accepted,” the statement noted.

According to the statement, the government remains committed to continuing efforts to resolve all outstanding issues with the Thomas family regarding the use of their land.

The government said it did not intend to engage in any protracted public debate on issues, which are likely to arise during the ongoing negotiations. “Indeed, government considers that to do so, at this stage, may well be counter-productive or prejudicial,” the statement noted.

The government also noted that it looks forward to those negotiations continuing in good faith between all parties involved.

In the meantime, the government noted reported allegations of threats being made to members of the Thomas family and said it expects that these will be dealt with by law enforcement.

While the issue of threats was raised, no mention was made of the specific nature of the threats or whether it was known who had made these threats. There was also no mention of whether these threats were reported to the police by members of the Thomas family that received them.

The government said it takes this opportunity to convey that it has been informed of threats against the Thomas family and condemns, in the strongest terms, any threats of violence made against the family. “We expect that any such threats will be dealt with to the fullest extent of the law,” the government statement said.