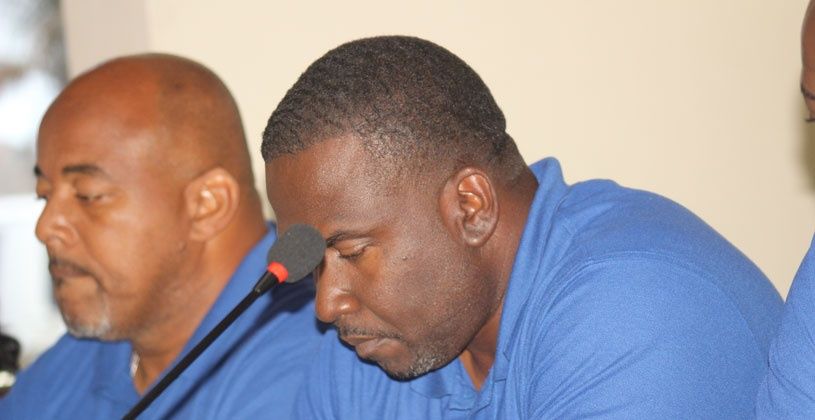 The governing Virgin Islands Party (VIP) is being accused of starving the Eight District which is represented by Opposition Leader Hon. Marlon Penn.
The Eighth District Representative said the VIP administration is playing games because he continues to speak up on pertinent issues.

“I see every other district have things going on. You are trying to suffer the people of the Eight District because I don’t keep my mouth shut. That ain’t going to happen, East End/Long Look people ain’t cowards, they ain’t fraid, we are going to find a way to make it happen,” Hon. Penn said in the House of Assembly on Thursday September 9.

He also reminded the four government At-Large Members that the people of the Eight District also voted for them.

“And may I remind your colleagues who are territorial members that each of them has a responsibility as well to advocate for the issues in that community that I continue to advocate for.”

“I am not afraid, I ain’t come from no coward family, no coward people. You have to go right by my community. You cannot try to make it look like I ain’t doing my job…I do my work,” he stated.

He said, “I take that responsibility very seriously so don’t dare come here with your games.”

Hon. Penn said he has spoken to the Minister for Natural Resources Hon. Vincent Wheatley repeatedly about the issues at Long Bay beach. He lamented that there was a maintenance programme in place to maintain the community but it’s no longer in the budget since the new government took over.

“Do the people work, you [Hon. Wheatley] ask for the job, you say you are better suited for the job, do the job…you are the minister, you control the power strings.”

He said there is need for a comprehensive plan to address the issue of waste management in the district. He also said there is also need for increased penalties for persons who dump garbage, including bulk items indiscriminately.

Premier and Finance Minister Hon. Andrew Fahie in response said that not every member of the HoA will receive all that they need at once.

“…In balancing all the considerations and all the interests, not everyone will get everything they want. So I am happy to sit and listen as the leader of the opposition exercises his right to free speech. And I hope he understands that each member of the government has an equal right to agree or disagree with his point of view,” Hon. Fahie said.

Premier Fahie said Hon. Penn should not become enraged if the opinion is formed from time to time that his (Penn) contributions fall short of a seasoned Member, “and someone who has set his eyes on being the next Premier of the Virgin Islands.”

In 2015 while in opposition, Hon. Fahie had complained that the then National Democratic Party (NDP) administration had shut down the First District out of vindictiveness against him as the district representative. He said there was no activities and projects were ‘shut down’.
#Fahie  #the Virgin Islands