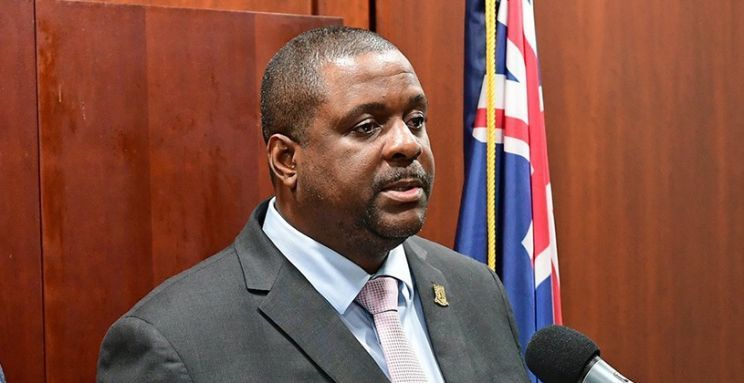 Premier and Minister for Finance Hon. Andrew Fahie has urged local firms with experience in conducting salary reviews to bid for the Government’s job evaluation, and salaries project, that will pave the way for an increase in salaries in the public service.
He said during Thursday's sitting of the House of Assembly that this is necessary to commence the process of reviewing the salaries of public officers as per the decision by the Government.

“For a long time, I have been stating that we must pay persons their true worth while reorganizing the public service to meet the demands of the current services provided and that are in demand. Hence this is why your Government approved funding to carry out this exercise which can take between six months to a year to complete,” he said.

He added, “Since 2002, there has not been a comprehensive salary review neither has there been a service-wide increase to the salary scale notwithstanding previous recommendations and requests for such reviews to be undertaken. From 2002 to 2019, some 17 years later, the workforce of the public service has experienced colossal shifts in industries. The complexity of work, the internal systems, globalization, technological evolution and reform of legislative, financial and good governance frameworks to name a few.”

According to the Premier, as long-standing workers retire, younger skilled workers come into the service who are most likely to exit “when the pay factor is not competitive.”

“There is a growing trend of requests for in-grade salary adjustments, secondments and leave of absence for the purpose of achieving upward mobility or lateral appointment in the higher paying agencies. Only 17 per cent of respondents to the 2018 engagement survey expressed satisfaction with their pay and benefits in the public service. With the highest area of negative scoring being from 62 per cent of officers who expressed that they do not consider their salaries to be reasonable or reflective of their performance,” Premier Fahie stated.

The territory’s leader further said, although the overall response to the survey was only 28 per cent of the public service, their significance in the statistical data and how it impacts employee morale and engagement in the public service, these elements are further compounded in the rise in the cost of living especially following the 2017 natural disasters.

This exercise will be piloted by the Deputy Governor’s Office.
#Fahie