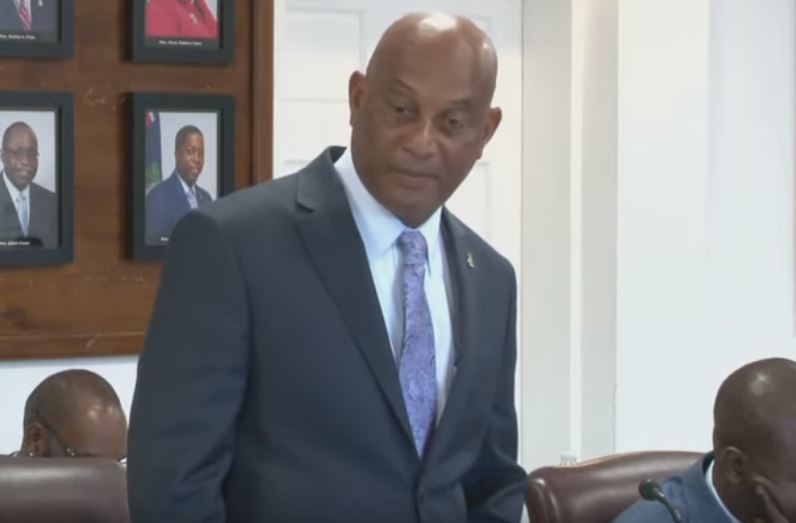 Minister of Labour & Immigration Vincent Wheatley has warned that limited periods could be attached to new work permits if businesses do not comply with government’s goal of transitioning the labour force to mostly local.

Wheatley said this goal to move towards having a higher ratio of locals in the BVI’s workforce is because the existing ratio is unsustainable.

“I think right now it’s 30 percent locals and 70 percent expats. That 30 needs to go up towards the 70’s. It’s not an overnight fix and I have been appealing to all of the companies in the territory to work with us, the government. Let’s get together, let’s make this a priority, let’s start shifting that ratio around,” the minister said during Tuesday’s airing of the Honestly Speaking radio programme.

“If there is too much resistance, we are going to be forced to do like what Cayman [Islands] do. They say after five years, pack up and leave and never come back. That’s how they have solved their problem,” he further said.

While expressing that it is not the government’s intention to force the hand of local businesses, Wheatley warned that government will take whatever measures are necessary to achieve its goal.

“I’ll talk with anybody who wants to listen to me on our intentions to have more locals in the work than outsiders. Let’s move in that direction. If it is going too slow, you’re going to force us to get draconian and say, ‘you know what, if you don’t want to move, we are going to force you to move by limiting your work permits’,” he said.

Wheatley also commented on the current model whereby work permit holders gain Belongership after working in the territory for 20 consecutive years or more.

He described the model as flawed and one that will continue to stifle local employment if measures are not taken to develop a new system.

“That is not a sustainable model. It’s probably good for some businesses, absolutely, because I can come here and I can have a full career in the BVI and then get citizenship afterwards. But what about those persons who are here all the time? The fact that you are coming to have a career here, we want our people to have careers in the same area,” he stated.

“I’d advise persons who are sitting wherever you are in the world who are thinking about coming to the BVI that things are likely to change.”

Minister Wheatley said his ministry plans to meet with a consultant before year-end to work on an immigration reform policy that is expected to solve many of the existing issues in the current system.