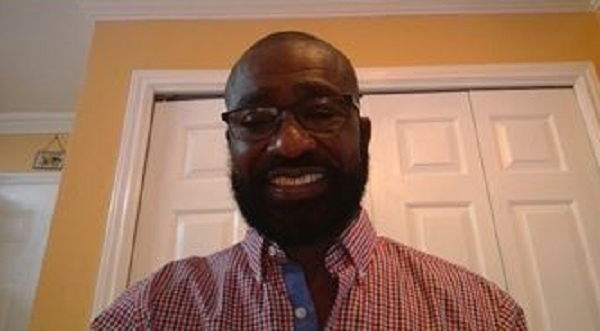 The institution of government matters, and it is legit. Nonetheless, the government is often criticised, maligned, and raked mercilessly over hot coal. Nevertheless, some of the criticism is self-inflicted and well-deserved.

For example, many often view government as a) bureaucratic, b) self-serving/parasitic, c) elitist, d) corrupt, e) wasteful and inefficient, f) reactive, g) master of spin and doublespeak, h) too big, i) habitat for the best and worst of elected and appointed officials, j) duplicative, k) chooses winners and losers, l) promotes nepotism and cronyism, m) tax and spend, n) tribal, cultural, polarizing, and divisive, o) favour the rich over the poor, p) favour lobbyists and campaign contributors over ordinary voters, p) viewed with distrust, cynicism, and scepticism, q) broken and dysfunctional, among other things. Government has to wear many of the tags noted above, but the government can improve upon the shortcomings.

Moreover, in his inaugural address on January 20, 1981, former US President Ronald W. Reagan stated: “Government is not the solution to our problem, government is the problem.” Nevertheless, time and events have demonstrated that President Reagan may have missed the bullseye with his statement. Additionally, the following quote is also attributed to the former US president: “The most terrifying words in the English language are: ‘I’m from the government and I’m here to help.”’ This mantra or maxim may have unleashed a persistent and present level of distrust in, disrespect for, skepticism, and cynicism about government. What is the function of government?

Government has numerous roles and responsibilities attributed to it. However, the ideal, quintessential mission/vision is to protect and provide goods and services to the community and to develop goals, objectives, strategies, and tactics to protect and serve the community over the longer term. Moreover, it is unreasonable to expect markets to deliver efficient and effective services consistently; government is expected to fill the gap. In essence, government exists to solve problems other institutions are reluctant to tackle. Additionally, the government provides non-excludable services, i.e., goods and services that cannot be withheld even if some community members refuse to pay for them, e.g., public school.

In a modern, stable democracy such as the VI and other regional sister countries, the civil service is the engine that drives and makes government works. They are the lifeblood that carries the oxygen to make government work. Nonetheless, civil servants are often maligned and treated harshly and viewed unflatteringly: lazy, self-serving, incompetent, corrupt, bureaucratic, wasteful, and so on. Yet the hard truth is that they are indispensable and that few aspects of our lives would not be chaotic with their absence. Some civil servants often get the blame for poor customer service. However, the government institution must also shoulder the blame, for every civil servant from the top leader(s) down to the unskilled worker has a supervisor, a manager, or a team leader. A common saying in the universe of facility management is ‘don’t expect what you don’t inspect.’

Similarly, in government, what gets recognized and rewarded gets repeated. For example, if superb performance is recognised and rewarded, it gets repeated; similarly, if poor performance is ignored, it too gets repeated. Moreover, senior civil servants are non-partisan advisors (or at least they should be) to elected and appointed officials. They bring public affairs and technical knowledge experience to assist elected/appointed officials in enacting policies.

The coronavirus (Covid-19) pandemic clearly shows that government is the go-to institution/entity when the going gets rough and tough. President Regan’s revolution created the mantra that government is the problem, not the solution to community problems. Nevertheless, during the pandemic, residents look to and expected government to protect their health, safety, and personal well-being. Consequently, borders were closed, mask mandates imposed, social distancing suggested/imposed, curfews and quarantines instituted, testing and contact tracing conducted, gatherings size limited, vaccine delivered, hygienic protocols suggested, and stimulus provided to individuals and businesses, and institutions, among other actions. The government was the only entity with the power to implement such measures. Further, for example, when a hurricane (hurricane Irma in September 2017) or earthquake or flood strikes or industry or business close and employees are laid off, or an epidemic hit and so on, residents lean heavily on the government for help, not typically to the market for solutions. Moreover, the rallying cry often during a disaster, a crisis, is where is government, when is it going to show up, or what is taking it so long. Is government perfect? No. It is afflicted with many issues, some of which are self-inflicted, and others may be beyond its control. Nonetheless, voters/residents have the ability and responsibility to demand better governing.

Voters have the ability, power, and obligation to demand and hold government responsibility and accountability for the things it does and the things it should have done but failed to do. The real power lies with voters/residents, but voters yield their power to politicians; voters must take that power back. Moreover, some politicians/political parties desire to get power, retain power and maintain control create an environment of polarisation, tribalism, weaponising issues, igniting culture wars, creating division, and killing debate and compromise. Many ardent supporters fuel this environment, adversely hampering the government’s ability to develop policies and enact needed and critical legislation to promote growth, development, and sustainability. Moreover, for personal/selfish reasons, too many of us refuse a) to speak out against poor governing, b) look the other way, or c) cast a blind eye towards deviant behaviour, poor performance, incompetence, corruption, etc.

Further, to make government work more efficiently and effectively, government must make the most probable, best decisions that benefit the most people; residents/voters must forcefully but peacefully advocate and agitate for better government. A country gets the government the public demands and expects. Similarly, a country also gets the government whose poor performance the public chose to ignore. Rewarding poor performing, do-nothing politicians stagnates a country; voters must avoid employing the Peter Principle. Changes may be necessary for politics to keep things on the level and continue to make government matter. However, change may not come from politicians; the public has to effect the change.

Government is not perfect and doesn’t always do things efficiently and effectively, but government matters. And active citizens activism and engagement are needed to hold the government responsible and accountable and drive it to perform better and to make it matter. Distrust, disrespect, cynicism, skepticism, polarisation, culture wars, tribalism, division, hypocrisy, spin…. etc. aside, government still matters.