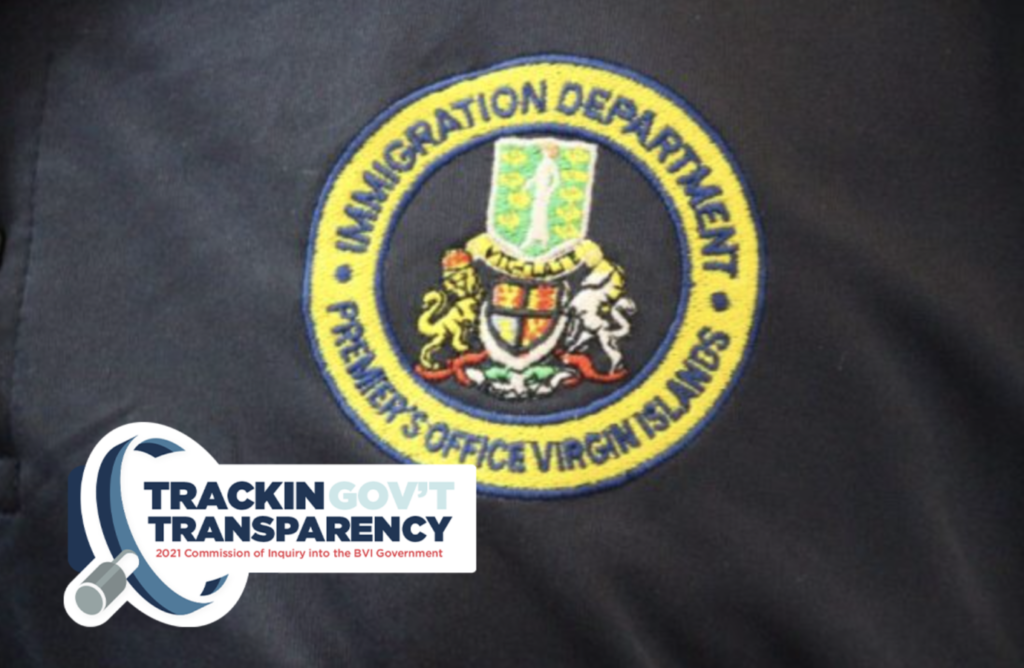 A government policy that forces applicants to wait until their 20th year of residing in the BVI before being eligible for consideration for Belongership status has been described as unlawful by the Commission of Inquiry (COI).

Commissioner Sir Gary Hickinbottom noted that the policy acted outside the territory’s Immigration laws, which states that a person actually becomes eligible for Belongership in half of that time.

Furthermore, this practice of making persons wait double the required time has never been publicised by any sitting government. Sir Gary described the issue as unfortunate when members of the Immigration Department appeared before the COI yesterday, September 28.

“Generally speaking,” Sir Gary said, “as a proposition of public law, if a state [or] if the government has a policy which they apply which is not published, that is unlawful and here there is a policy — it appears arguable that it’s contrary to the statute, but it is an unpublished policy.”

Sir Gary added: “But it’s extremely unfortunate isn’t it? That’s the only policy that was not publicised and therefore applicants who may have put in their applications after 10 years didn’t know that they would be put on a shelf for 10 years — that seems to me to be very unfortunate.”

Meanwhile, Chief Immigration Officer, Ian Penn, who also gave evidence, defended the government’s stance and suggested that the unpublished policy would not necessarily be as restrictive as was suggested, since the BVI is a relatively small community.

“Even though the Act would state seven or 10 years and the guidance talks about 20, although it wasn’t published, we are a small community and persons would get all of what is happening in Immigration [Department] because a number of persons would probably inquire or call or come to the Department and therefore the word or the message would spread in the community,” Penn said.

Penn then stated that he was not arguing that the policy was correct, and noted that the government was executing the policy in that way for some time.

Sir Gary said applicants should be entitled to have an adopted policy that is published as opposed to relying on rumours that are practised in the Immigration Department.