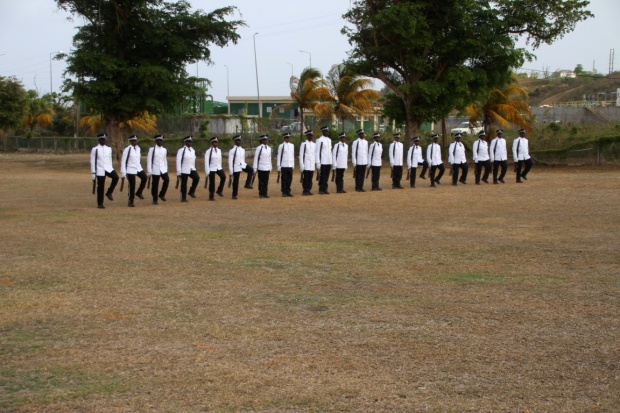 The Office of the Governor has organised a gun salute today to honour the life of Queen Elizabeth II who passed yesterday, September 8.

In a statement on plans by the Governor’s Office to honour the longest reigning British monarch, Governor John Rankin said the gun salute will be fired at 11:45 am on Friday, September 9 at Queen Elizabeth II Park.

“Members of the public are welcome to the ceremony, which will start at 11:45 am sharp. The event will be live streamed by GIS,” Rankin stated.

The Governor said details about the funeral will be issued and the territory will be invited to observe two minutes’ silence in honour of the Queen.

“The Union Flag has been half-masted at the Governor’s Office and Government House and will remain at half-mast until the day after the funeral, except during the Proclamation of the new Sovereign, when the flags will be temporarily raised. BVI Government offices are also lowering flags as a mark of respect,” Rankin added.

Proclamation of the new sovereign

With the Queen’s passing, her eldest son King Charles III is expected to take up the mantle as monarch of the United Kingdom and the Commonwealth. Therefore, a proclamation of a new Sovereign is expected to happen over the weekend.

“The Proclamation of the new Sovereign will be marked in the British Virgin Islands on Sunday 11 September. There will be a short ceremony at Government House, and a further gun salute shortly after 3 pm. The ceremony will be live streamed on GIS,” Governor Rankin said.

As previously announced, leading up to the funeral, the Governor has opened a book of condolence at the Old Government House Museum.

“The book of condolence will be open to the public from 11 am to 3 pm on Friday 9 September, and then 10 am until 3 pm on Saturday 10 September and each working day until the day after Her Majesty’s funeral (date to be announced). Visitors should enter the museum via the pedestrian gate on Sir Francis Drake Highway,” he said.

Governor Rankin noted that condolence books will also be available on the Sister Islands and those wishing to sign should contact their District Officer for further details. Additionally, Rankin said the Crown advises against sending flowers.

“The Palace does not expect, nor would encourage, the sending of a wreath or flowers. If people wish to do so, a donation to a charity would be welcome. Information on charities with which The Queen was involved are available at www.royal.uk,” Rankin added.