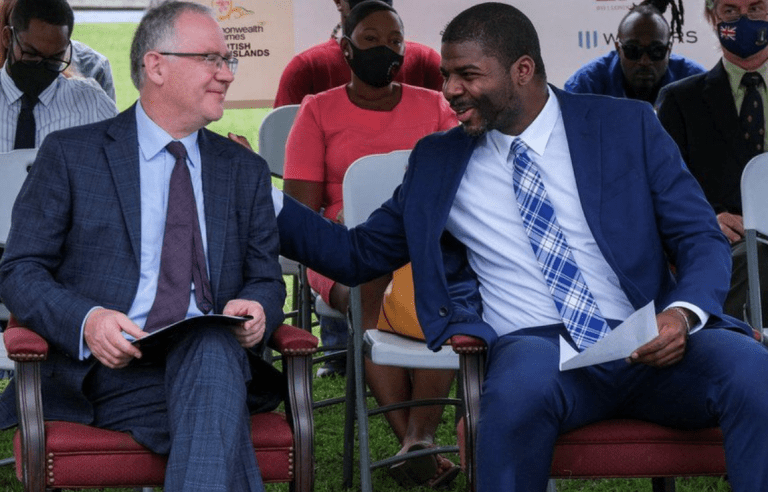 Governor has made an ‘honest effort’ in COI reforms — Premier

Premier Dr Natalio Wheatley has credited Governor John Rankin for the strides he has made thus far in carrying out his responsibilities in relation to ongoing reforms in the territory.

The Premier’s statement comes in the wake of a report by the governor on the state of ongoing governance reforms stemming from the Commission of Inquiry (COI) report’s recommendations.

“I think similar to the Cabinet and the members of the House of Assembly and all the other public officers, he has been making an honest effort to get things done,” the Premier said at a press conference recently.

“He’s made progress in his areas, which I’m grateful for, and he’s also fell short in some areas, just like everyone else because the governor’s human, just like the rest of us,” the Premier added.

No feedback from FCDO

In the meantime, the Premier said he has not received any assessment so far on the government’s COI reform progress from the United Kingdom’s (UK) Foreign and Commonwealth Development Office (FCDO) which has oversight of the UK’s Overseas Territories.

“I haven’t gotten any feedback on the report from them, but I do think it’s important that they have a balanced view of what’s taking place here,” Dr Wheatley said.

While making reference to a planned trip for members of the government to the United Kingdom in November for the Joint Ministerial Council, Premier Wheatley said he would encourage the FCDO to ensure they speak directly to the BVI’s elected leaders so they can get a balanced perspective of what is taking place.

“I think that’s in keeping with fairness,” Premier Wheatley said.