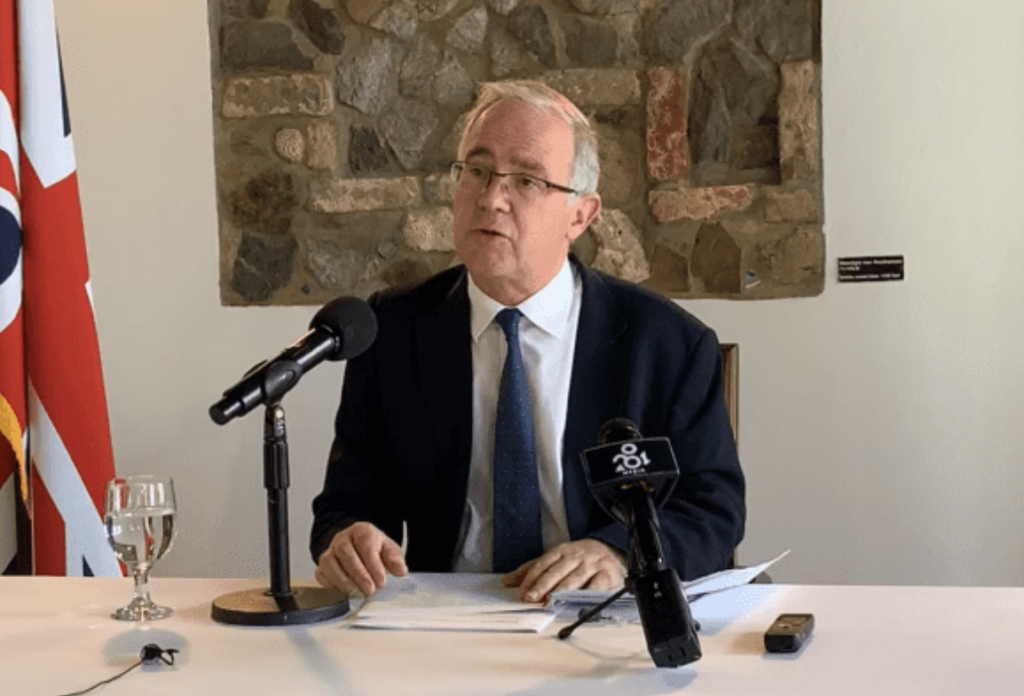 Governor John Rankin has praised the Department of Disaster Management (DDM) for its efforts following the passage of Hurricane Irma five years ago.
In a reflection on the aftermath of the devastating hurricanes that impacted the BVI at that time, the Governor pointed out that the DDM, for the last 20 years, has coordinated government’s comprehensive approach to potential disasters.

“This shift to incorporating planning, preparedness and mitigation well before any potential threat – as opposed to the old way of simply responding to events after the fact – has quietly safeguarded the BVI by preventing the vast majority of floods, storms and other hazards that have occurred, from overwhelming our local capacity to respond,” the Governor said.

Governor Rankin added: “There is no doubt that a large part of the success of the recovery from Hurricane Irma was due to this work bringing government, business and people together to build resilience in the face of a natural disaster.”

He also alluded to the preparatory work that he said happens collaboratively across sectors in order for such responses to be effective.

It is here, the Governor said, that representatives from key public services like law and order, security, health, education, and infrastructure help shape the national comprehensive disaster management strategy.

According to the Governor, it is this proactive and collaborative approach that leaders relied on in the hours and days after Hurricane Irma passed; and as the BVI braced for the possible impact of Hurricane José, and then again for Hurricane Maria.

“It allowed our leaders to focus on what needed to be done in a strategic fashion, and helped to overcome some of the shock that struck in the face of such a massive impact,” Governor Rankin stated.

The Governor further noted that this collaborative approach was also very similar to the community spirit that emerged in the early days after Hurricane Irma, with neighbours, villages, churches, and extended family networks banding together to care for one another.

“Of all the lessons we have learned, I hope the need to unite and take care of each other is one that stays with us all, particularly as we work to support those still rebuilding, or who are still healing from the trauma from that experience,” Governor Rankin said.
#John Rankin