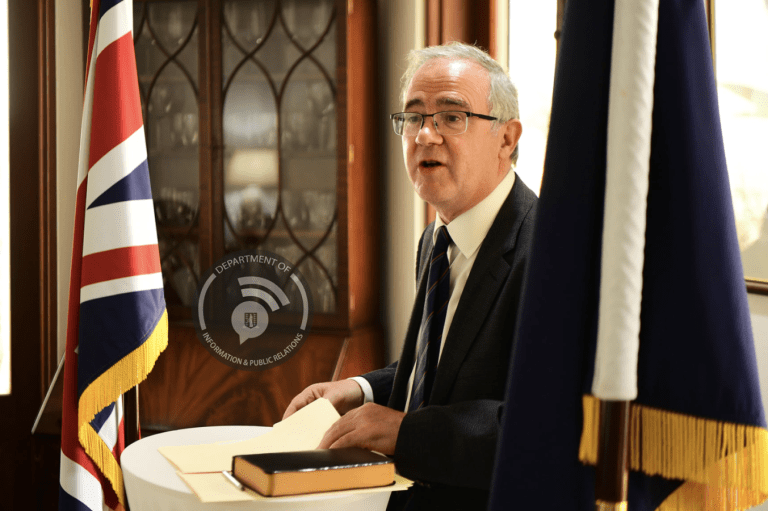 The Virgin Islands public might have to wait until at least June before they will be allowed access to the extensive Commission of Inquiry (COI) report, according to Governor John Rankin

In a press statement today, Rankin said it is his intention to first share the report in confidence with Premier Andrew Fahie and then with the leaders of the different political parties represented in the House of Assembly.

The Governor said this was to allow discussions to take place on a cross-party basis between them, Ministers in the UK and himself.

“I trust that the confidence in which the report is shared will be respected and I hope that these discussions will take place in the third week of May. Thereafter, my aim will be to publish the report as soon as possible – in June, if not before. It is essential that the handling of this Report is done in the right way, and I believe by adopting this approach, we will get to an outcome that is in the best interests of the people of the British Virgin Islands,” Governor Rankin said.

Based on the governor’s proposed timeline, at least two months will have lapsed between the time he received the report and when it is made public.

In the meantime, the governor also noted that in keeping with his previous statement, he understands there will be speculation and attempts to discredit or second-guess the COI report and recommendations.

“I ask you to reserve judgement until it is published. I thank you for your patience, and I will provide another update in May,” Governor Rankin added.

Rankin said he had an opportunity to review the report in detail and highlighted that it covered important topics and recommendations including issues around governance, the Constitution and strengthening or reinforcing existing legislation.

“My aim remains to ensure that the best interests of the people of the British Virgin Islands are central to governance at all levels. The COI examined a broad range of issues that are the building blocks of any effective and successful jurisdiction. By addressing them properly, we can strengthen the foundations of governance in the British Virgin Islands to meet the challenges of the future in an open, transparent and fair way,” the Governor said.

“The Commission was established by my predecessor in January 2021, and it has been a long process to get to this point. I recognise that people want to see the Report as soon as possible in full, and for work to start on improving governance in the territory,” he continued.

The COI took place over a 15-month period and the report prepared by Sir Gary Hickinbottom and his team was sent to the Governor on April 4. According to Rankin, it has more than 1,000 pages and over 40 recommendations.