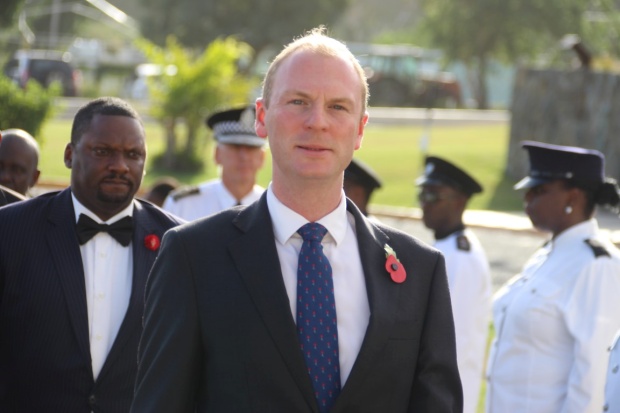 In a bold BVI anti-corruption initiative Governor Augustus Jaspert has said he will be “putting forward legislation” to help local agencies to effectively investigate individuals who possess “unexplained wealth” locally.

Governor Jaspert made the comments during a media briefing on Thursday, December 3.

He staid there are many residents in the territory who have raised concerns about the high number of drug, gun and cash seizures, which have recently taken place in the BVI.

“These make it very clear that the territory is vulnerable to drug trafficking, serious organised crime and all that comes with it. Criminal investigations are underway, so I will not comment on specific investigations, but we cannot ignore the fact that there is a problem here.”

Governor Jaspert said he hopes that the Cabinet and the House of Assembly support the legislation.

In a subsequent statement to the governor’s, Premier Andrew Fahie said in response that his government’s legislative agenda contains plans to enact such laws to bolster accountability in the territory.

He said: “With respect to legislation for accountability and good governance, your government has expressed our commitment to strengthening these laws in the Speech from the Throne which was delivered by none other than Governor Jaspert on 5 November 2020.”

“Your government’s legislative agenda for the upcoming year includes bringing forward the Integrity in Public Life Bill, Witness Anonymity legislation, the amending the Criminal Conduct Act to make provisions for unexplained wealth which derives from corruption and criminal activity, and several pieces of legislation to strengthen our justice system,” the Premier added.

Just last month, members of the Royal Virgin Islands Police Force seized more than 2,300 kilos of cocaine — the largest such seizure ever in the territory. Two police officers were arrested and charged in connection to the seizure.

The drugs had an estimated value of $250 million.

'I stand by’ my statements on slavery & reparations – Gov Jaspert