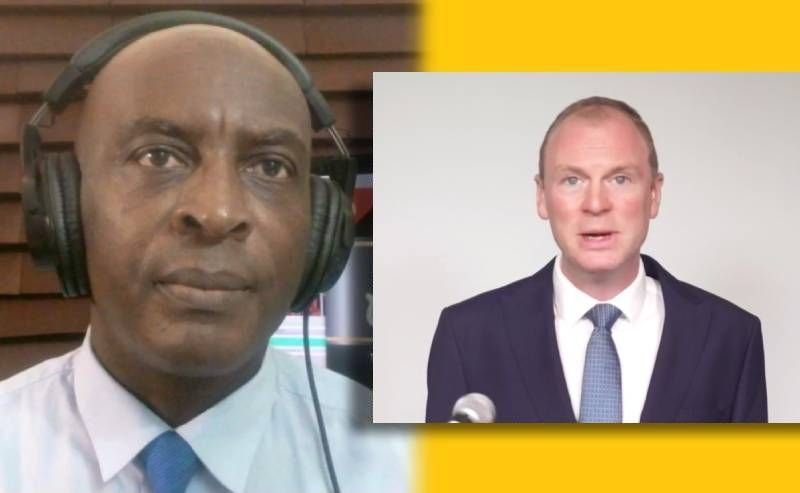 “He has no moral foundation to be making such statements, it’s a disgrace on him… but the people of the BVI they sit quietly and allow this man to be insulting to them like that and not even a member Government has said anything about it,” a furious Gladstone told Virgin Islands News Online (VINO) in an exclusive interview.

Kenneth G. Gladstone further said, 'To see the other day, out of the same slave funds he took nearly 100K to buy himself a Range Rover, it's our money… this man is out of order!'

Governor leeching off of VI

Mr Gladstone further went on to say, “To see the other day, out of the same slave funds he took nearly 100,000 to buy himself a Range Rover, it's our money… this man is out of order!”

According to the radio host, given the insulting statements, the Government of the VI should now move to immediately make plans to remove the Governor out of the Territory.

He told VINO that the Governor, his office, and the seat, are still a main symbol of colonialism plaguing the Territory, and to hear the Governor said what he said is infuriating.

Why do we need the Governor? - Gladstone

“Why do we need a governor to sit in that office if he is not going to represent the needs and the cause of the people, what is his duty?” Gladstone questioned.

“I don’t like foolishness and I’m a black man, and when a white man who represents slavery can tell me that I don’t deserve reparations, you infuriate the hell out of me, the governor has no moral foundation to tell anybody that black people in the BVI or anywhere else, do not deserve reparation,” he said.

Gladstone further illustrated that as is, the Governor is spending VI’s money, sleeping in VI’s bed and eating food paid for by VI taxpayers, a majority the descendants of slaves.

'Racist mentality must be flushed out!'

“We are paying for it…he needs to respect the fact that our sweat and blood should be honoured and he is a part of the racist mentality that is perpetrated around the world and the BVI needs to flush it out,” he said.

Gladstone is the latest of media and social commentators lambasting the Governor for his alleged racist statements against Virgin Islanders.

Many have said the Governor's position on reparations is a direct manifestation of white supremacy.

Questioning the purpose of the Governor in the Virgin Islands (VI), PSI Radio host and Social Commentator Mr Kenneth G. Gladstone said it is ‘absolutely insulting’ Governor Augustus J.U. Jaspert’s comments that the UK has no intentions of paying VI reparations for acts of slavery.