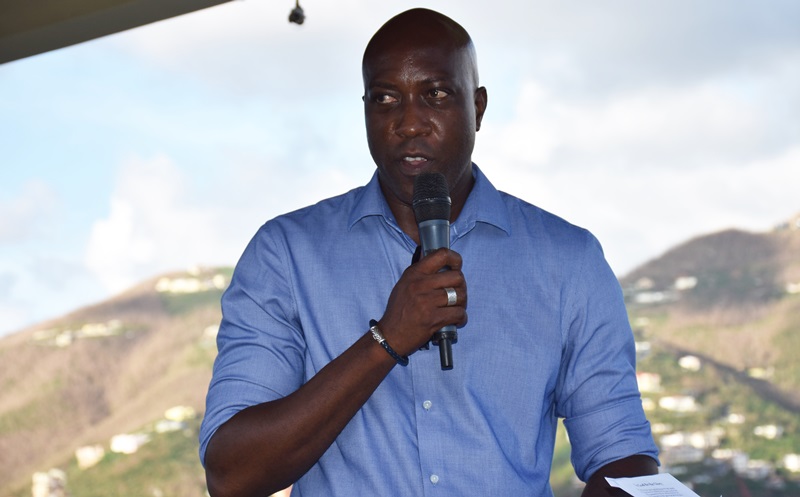 Govt’s economic plan should be made a public document

If the government indeed has an economic pandemic plan to revive the territory, former legislator Myron Walwyn said he believes the Andrew Fahie administration should make the plan public.

Walwyn made the statement while speaking on the Umoja radio programme with Cromwell ‘Edju En Ka’ Smith recently.

“I know I have heard talk about a plan. I have not seen it. I don’t know if it exists and a reference has been made to it but if it does exist, I think it is important that it becomes a public document,” Walwyn stated

“Remember, it is not just the government that is in this by itself. There are businesses, there are health professionals, there are other people who have invested in the economy of the Virgin Islands that stand to lose significantly if we don’t get this right,” he explained.

Allows for stakeholders to weigh in

Walwyn said making the plan public would create an opportunities to allow for stakeholders to weigh in and strengthen the plan.

“All the ideas cannot reside in one place. When you elect persons in the government, nobody can really expect them to have all the answers. Life just doesn’t work that way,” he stated.

“So, if you create a plan that is a public document that allows other persons to participate, and you can get the views of other persons, then we can work through the situation together,” he added.

Walwyn further stressed on the importance of having the plan available during this present period of curfew, stating that he believes a social behavioural modification model should be an integral part of the plan.

He said this would assist with conditioning the minds of residents to the new norm of co-existing with COVID-19.

“I think we are missing a golden opportunity now because we are on this lockdown period now [and] we have to go home at 1 o’clock. Now would have been a time where the use of social media and all the other things to roll out your social modification programme, so that when we open up the local economy again that it would have been ingrained in us sufficiently,” the former legislator explained.

“To simply say to people who, for their entire lifetime, are accustomed to being in clusters all the time to ‘go sit down [six feet apart]’ and they’re not listening, you can’t get mad at them. That is people’s lives. That is how you grew up so it is a whole learning process all over again,” he added.

The territory is currently under a 1 pm to 5 am 14-day curfew which is scheduled to expire on Wednesday, September 16.