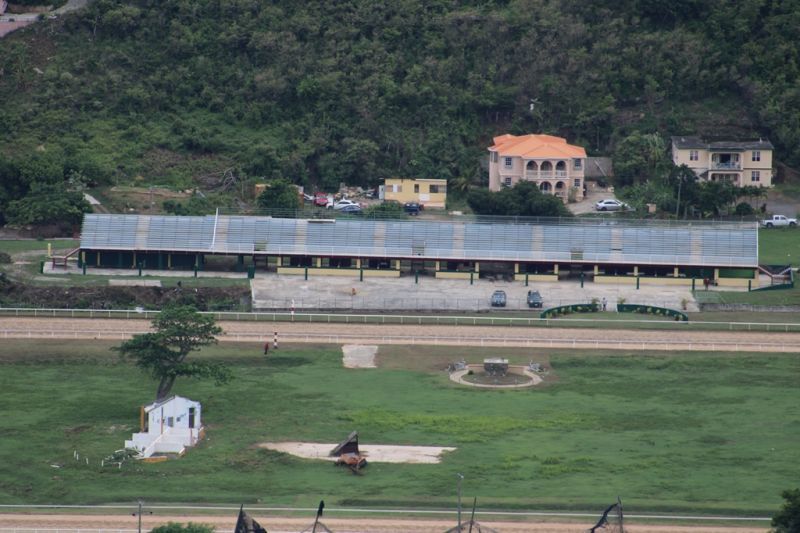 The re-negotiation of a lease agreement for Ellis Thomas Downs in Sea Cows Bay may be one of the reasons for the delay in the repairs of the grandstand that was severely damaged during the infamous 2017 hurricanes.

During the 11th Sitting of the Third Session of the Fourth House of Assembly on Monday, August 16, 2021, Opposition Member Hon Julian Fraser RA (R3) queried from Premier and Minister of Finance Hon Andrew A. Fahie (R1) about his plans for the facility.

“Mr Speaker, while there are no arguments that horse racing is our number one national pastime, we also know that the Ellis Thomas Downs was decimated by Hurricane Irma and gained no government attention since. As Minister responsible for development can the Hon Premier and Minister for Finance, please tell this honourable House (a) if it is in his plans to rebuild the grandstands at Ellis Thomas Downs; (b) if the answer is yes, when and if the answer is no, why not,” Hon Fraser asked.

Premier Fahie said he agrees that that horse racing in the VI is a national pastime and that Ellis Thomas Downs was decimated in the 2017 Hurricanes of Irma and Maria and is in need of repairs. 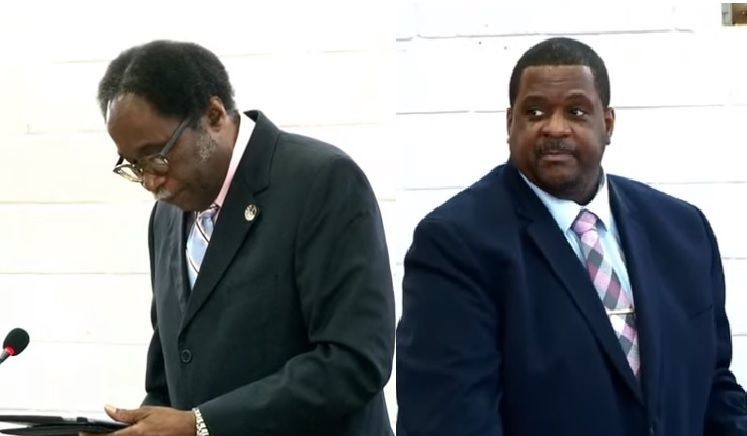 During the 11th Sitting of the Third Session of the Fourth House of Assembly on Monday, August 16, 2021, Opposition Member Hon Julian Fraser RA (R3) queried from Premier and Minister of Finance Hon Andrew A. Fahie (R1) about his plans for Ellis Thomas Downs in Se Cows Bay.

“The government is currently in evaluation on how best to complete repairs of the grandstand given the current lease arrangements that must now be negotiated, and given the delicacy of those negotiations, I will choose to stop there,” he remarked.

Hon Fraser then replied to Hon Fahie that he has a passion for the horse racing culture and would want to see the building back to its heyday.

“Mr Speaker, I would say to the Premier that I sat here, and I listened to him in a statement that he gave at our last meeting, and it was passionate. It related to the ferry terminal in West End, I am sure that he will agree with me when I say that this facility sitting in the district that I am responsible for and is advocating for its rebuilding, he can share the passion that I have for the facility in my district, and I will leave it at that,” he said.

He added: “One further thing I would like to let the Premier know, that the portion of land on which the Ellis Thomas Downs grandstand sit is not on a lease; it is freehold by government.” 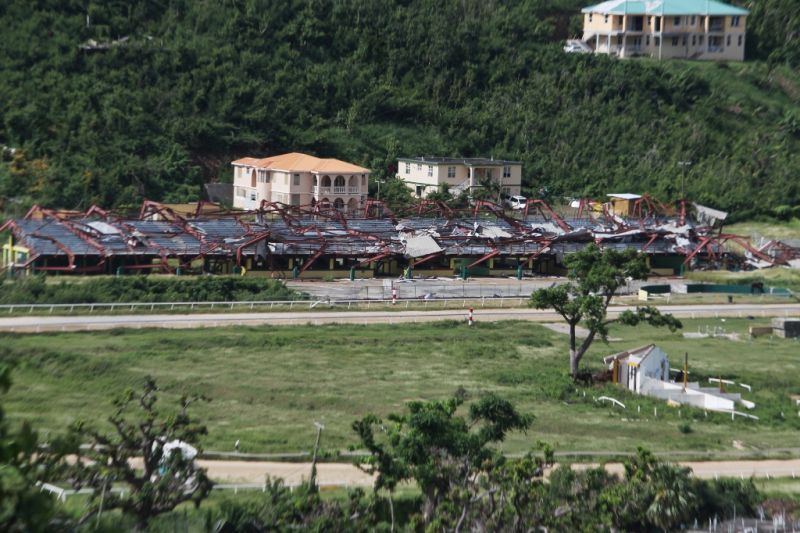 The grandstand at Ellis Thomas Downs in Sea Cows Bay was destroyed by hurricanes Irma and Maria in September. The running surface and stables were also damaged.

All efforts to repair grandstand forthcoming

In his response, Hon Premier Fahie thanked Hon Fraser for the information, stating that he wanted to reassure him that all efforts are being expended.

“All efforts are forthcoming to fix the grandstand and to negotiate the best possible deal for the people of the Virgin Islands with these lease agreements that are up and are currently being negotiated,” he assured.

Following the hurricanes of 2017, some repairs were made to the grandstand; however, it is also in need of a roof and other repairs.