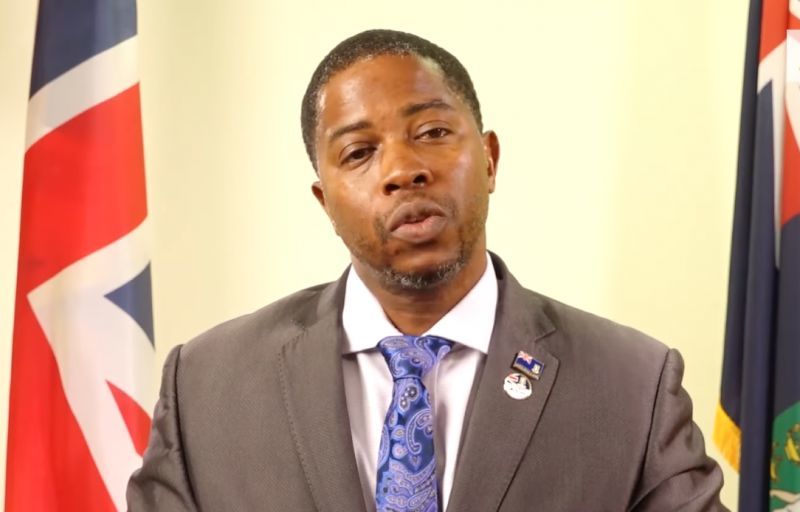 Minister for Natural Resources and Labour, under the National Unity Government, Hon Melvin M. Turnbull (R2) has acknowledged that the halting of the Climate Change Trust Fund Board was wrong and that moves are now being made to have the board and fund re-established.

The Minister made the statement on August 17, 2022, when he also issued an apology to the previous board members.

The Trust Fund is an independent entity dedicated to raising, managing, and disbursing funds to qualified applicants to build resilience to climate change impacts and to reduce carbon emissions under the VI Climate Change Trust Fund Act, 2015.

However, according to the Minister, on April 24, 2019, the work of the entity was halted and left dormant for over three years following a blanket Cabinet decision to revoke and reconstitute members of statutory boards.

The board had already been in existence for 21 months in absence of seed funding and compensation to board members, and the Minister said the Cabinet decision was in direct contradiction to the law and pointed out that the work of the board was seriously halted and progress retarded.

“A great disservice has been done to this territory, and a great wrong to the members who served faithfully on the trust fund board with the highest level of commitment, enthusiasm, and integrity,” he said while issuing an apology.

This he said has set back the VI by years, given the work of the entity has now been lost regarding momentum gained on international funding he said.

“The Revocation of their appointments was not only counterproductive and just simply wrong, it was unlawful,” he said.

“It is now incumbent on me as the Minister for Natural Resources, with whom responsibility for climate change now lies, to offer my sincere apology on behalf of the Government of The Virgin Islands to each and every member who I have called individually from this Change Trust Fund Board who was duly appointed and serving and which your membership was wrongfully revoked on April 24, 2019,” Hon Turnbull said.

Hon Turnbull also moved to invite the previous members to sit on the board with the re-establishment of the fund.

Previous members of the board included Mr Edward Childs as Chairperson and representing any sector responsible for making contributions to the Fund; Mr John Klein as Deputy Chairperson and the private sector representative of the tourism industry; Ms Karen Fraser as the private sector representative of the financial services sector; Dr Katherine Smith representing the academic and research organisation sector; Dr Shannon Gore representing non-governmental or community based organisations; and Mr Ronnie Lettsome in the capacity of an individual with relevant knowledge, experience and expertise.

The Minister added that he hopes that former members will be willing and able to serve again and reminded that the fund puts the VI on the map both regionally and internationally as an innovative leader in sustainable financing for climate change adaptation and mitigation in small islands.

Hon Turnbull said the move is an opportunity to right the wrong and put the Trust Fund back on a path to success to safeguard the future of the VI.

"As Minister for Natural Resources and Labour, I look forward to a fully appointed board in short order and I pledge my support in the successful implementation of the Virgin Islands Climate Change Trust Fund,” Hon Turnbull said.