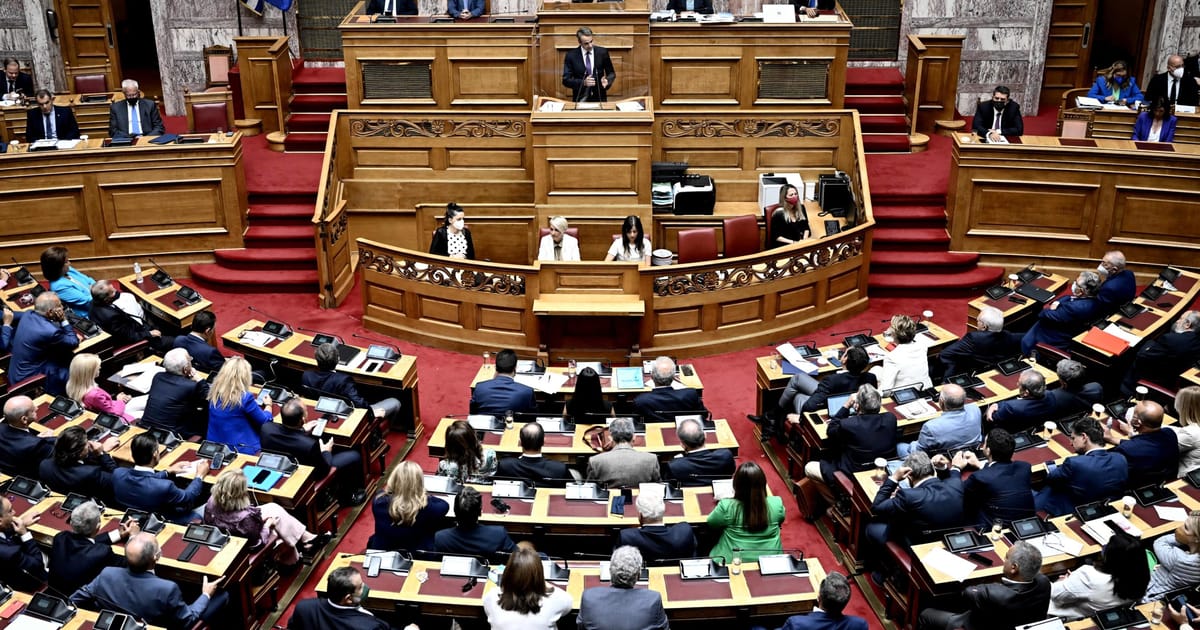 Government and opposition disagree on disagreeing on findings of parliamentary inquiry.
Greece's national parliament has finished its investigation into the use of spyware by security services. Just don't ask lawmakers what the shared conclusions are.

Political parties late on Monday submitted their findings of the special parliamentary inquiry that was set up to investigate the spying scandal that has engulfed the government ever since allegations emerged that the government had been spying on political opposition.

The controversy started in August when the government acknowledged it had wiretapped opposition leader’s Nikos Androulakis' phone — a move it called legal but wrong. Two senior government officials, the government’s chief of staff and the head of the country’s National Intelligence Service (EYP), lost their jobs. It then quickly turned into an espionage thriller that involved controversial spyware Predator being planted on the phones of an ever-expanding network of politicians and journalists. But the government has claimed no connection to — or even knowledge of — these broader cases.

After weeks of hearings, the ruling party New Democracy this week said it considered the issue closed, doubling down on its defense that the surveillance was deemed legal by the investigation's findings.

New Democracy also said the hearings proved that there is no link between Predator spyware found on opposition figures' and journalists' phones on the one hand, and the country’s spy service on the other. "The opposition's allegations of a scandal surrounding the legal surveillance of Androulakis’ phone and the operation of the National Intelligence Service (EYP) collapsed like a house of cards," reads their conclusion.

But opposition parties, including Androulakis' Pasok party and the left-wing Syriza party, vehemently disagreed, accusing the government of a major cover-up in trying to brush aside the evidence laid out in the investigation.

Syriza blamed the New Democracy party, which holds the majority in the inquiry, for blocking key witnesses from appearing at the hearings, including journalists whose phones had been wiretapped or who had investigated the issue, as well as state officials from the police and Greek secret service. The government’s main concern was “not the truth and the unravelling of the case but the cover-up and the disappearance of evidence that could lead to the attribution of not only political but also possible criminal responsibility.”

“Further investigation of the case both by the Greek parliament with all available parliamentary means, including the preliminary investigation committee, and by the criminal justice system is needed,” Syriza said.