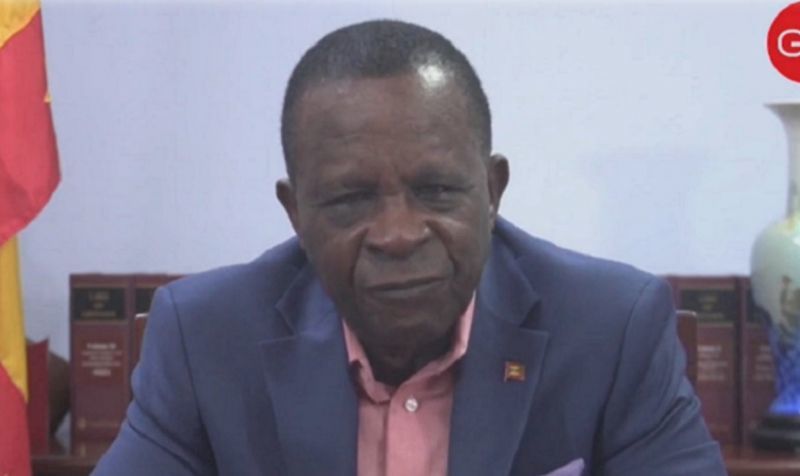 Prime Minister Dr Keith Mitchell Tuesday predicted that the next general election, scheduled here no later than June 2023, will be one of the most fascinating ones in the history of Grenada.
In addition, Mitchell, 75, who has led the ruling New National Party (NNP) to consecutive whitewash victories in the last two general elections for control of the 15-member parliament, has also indicated that the upcoming poll will most likely be his last.

“This coming election campaign will mostly like be my last, not most likely it will be. It will be the most interesting and fascinating one,” said Mitchell, who since 1984, has been the parliamentary representative for the St George’s Northwest constituency.

“Thirty-seven years in this ball game has taught me a lot about politics, some people have to learn some serious politics, they will learn,” he said, as he alluded to last Sunday’s election of lawyer Dickon Mitchell as leader of the main opposition National Democratic Congress (NDC).

“You don’t learn from the top down,” he added.

Mitchell, a political newcomer, won the top post in the NDC during the party’s convention last Sunday defeating two other candidates in the process.

As he debated the resolution calling for an extension of the state of emergency (SOE) put in place as part of the measures to curb the spread of the coronavirus (COVID-19) pandemic, Prime Minister Mitchell told legislators that his government is prepared to do the right thing to save lives though it may cost him some votes.

“We are taking a decision to protect our country. I have had to tell a number of people on a number of occasions, it may cost us some political vote because of some of the decisions that we are taking but so be it. We should be more concerned that it saves lives and if it’s one life for 100 votes we are going to do just that, one life lost is just too much,” he said.

Speaking about the upcoming election, Mitchell said that he is confident that citizens will return his ruling NNP to the office whenever the date of the election is announced.

“I have confidence in the Grenadian people, I have confidence that they know what is best for them and they can see something when it is clear, I have no doubt about this,” he said, promising to say much more when the time is right.

Mitchell said that some people who are new to politics as well as involved in politics will soon learn the difference between owning a political party and its supporters and thoughts of the wider voting population.

“It might be easy to buy a political party, but it’s not easy to buy the people of Grenada, Carriacou, and Petite Martinique. Let’s get it right, that one difficult’’, he said.
#Coronavirus  #COVID-19  #Covid