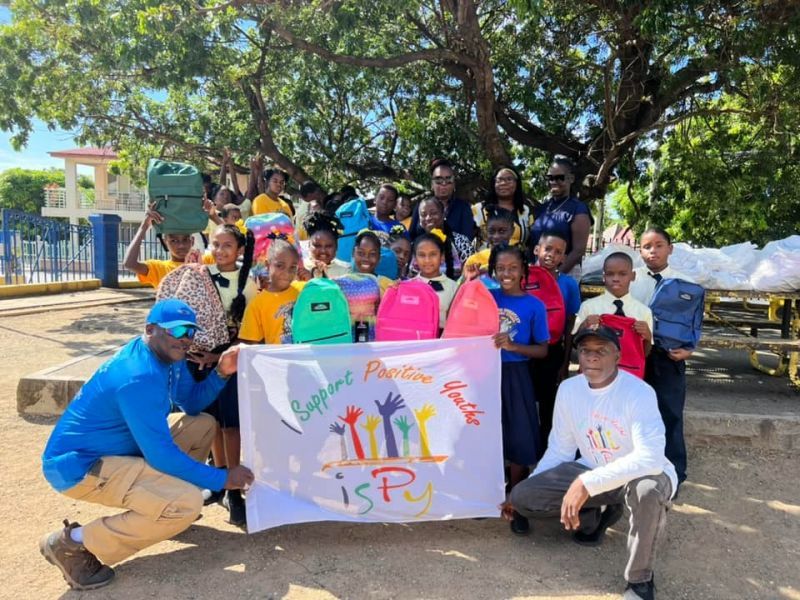 It was intentional on the part of Mr Allington O. Creque aka Gumption when on September 28, 2022, his last stop was the Alexandrina Maduro Primary School (AMPS) to complete his territory-wide back-to-school backpack distribution. He had special messages for the students on being achievers and never a bully.

During his distribution, Mr Creque said he had a message for each school but for AMPS it was very special to him.

The local philanthropist said AMPS is his Alma Matar where records show many who would have passed through that school are now very accomplished individuals in many sectors. He especially highlighted persons being in the aviation industry.

“I want to remind you guys that this school over the years has produced some of the finest teachers, doctors, lawyers, entrepreneurs, even pilots, and believe it or not I too went to this school. So this school wasn’t by accident to be the last school of my journey.”

Mr Creque shared that he lived a short distance behind the school, before inviting students and teachers to observe a moment of silence for Mr Emmett C. Caines, the late husband of Sixth District Representative Honourable Alvera Maduro-Caines.

Mr Creque on a number of occasions shared his story about being bullied at school and how it affected him then and still does today. That led him to appeal to all students to not be bullies.

“Now we are back in the school league as well and I want to remind you guys as someone who is a victim of being bullied that you guys need to be a buddy, not a bully, being bullied is not cool. So if you know anyone that is being bullied or you are being a bully yourself I would like you to stop.

“If you know that you are being bullied, find a way to talk to your teacher, your mentor, the janitor, and your parents as well,” Creque said while stressing, “Being bullied can have long-term detrimental effects on you. Believe it or not, I am 39 years old and some of the things that I go through, some of the reactions are not because of me being 39 it’s just the effect of being bullied and young. That is why I will always remind persons to be careful what you say around children and toddlers because they are like sponges.”

He said the only thing the children should be absorbing is their education and "bringing forward your dreams into reality and existence.” 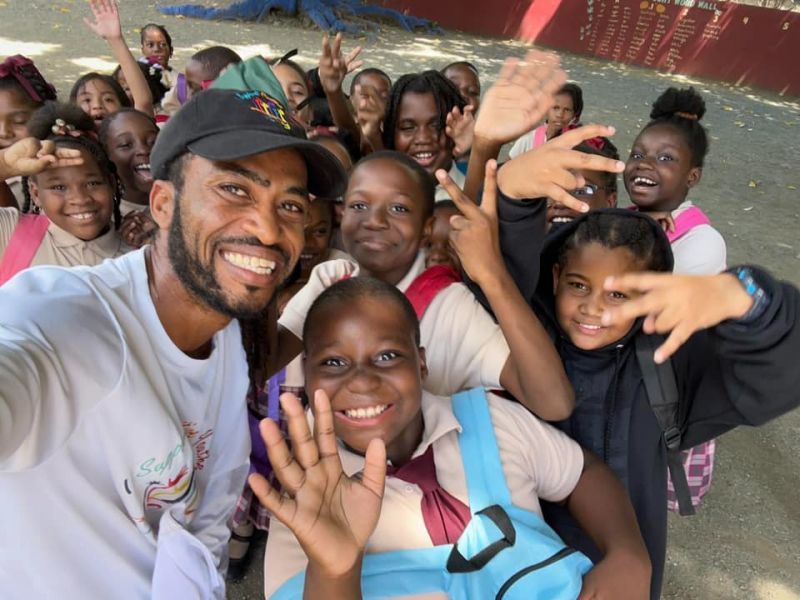 Students were encouraged by Mr Allington O. Creque aka Gumption to be buddies rather than bullies. 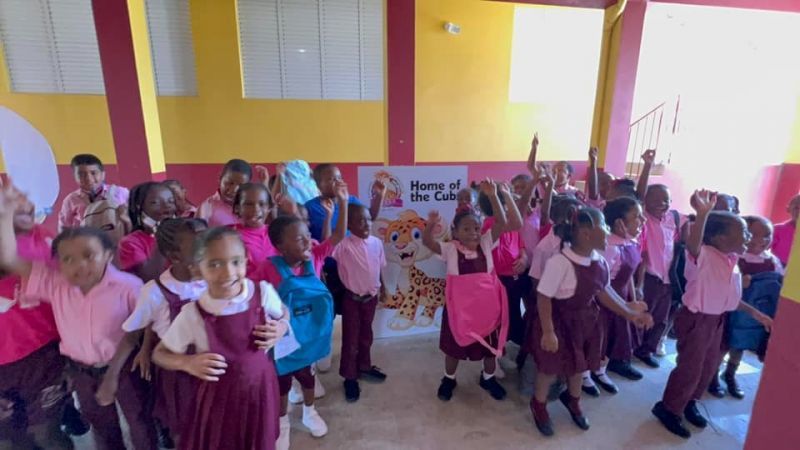 Some of the school children who benefitted from the backpack distribution by Allington O. Creque aka 'Gumption' under his 'I support Positive Youths' organisation.